Kai Ryssdal: The Internet-savvy among you who stored your files on the file-sharing site Megaupload may want to pay special heed to this next story. The Justice Department shut down Megaupload earlier this month, alleging copyright violations. That means the companies it had hired to store all that data are no longer being paid.

So maybe as soon as Thursday, officials say they could end up pulling the plug. A lawyer for Megaupload says at least 50 million customers are in danger of having their data erased completely, and that’s raising questions about the reliability of the fast-growing industry known as cloud computing.

Bob Moon: It’s not hard to imagine a young Megaupload user somewhere telling his teacher, “The cloud ate my homework,” given the growing popularity of so-called “cloud” storage.

David Amerland: This could be things which are private in terms of your business, perhaps family photographs, it could be videos you have taken which have personal value for you. On a personal level, it’s absolutely devastating.

Amerland says both Apple and Google have conditioned smartphone users to store pictures on their clouds. Businesses are shifting their record-keeping to the cloud.

Computer security advocate Lauren Weinstein says that’s with good reason: It’s safer to store your data remotely, away from fire or theft, for example. He says the irony is, it’s not safe if the government blocks your access.

Lauren Weinstein: Remote backup on remote servers makes the most sense from the standpoint of security and reliability, but you do have to have the legal structure there to protect that data.

At Houston-based file-sharing and storage site MediaFire, CEO Derek Labian says the Megaupload case demonstrates the need to choose your cloud carefully. He points out Megaupload wasn’t based in the U.S.

Derek Labian: I think people should be weary about using any service where they don’t have much transparency, where you don’t know who’s operating the services, you don’t know where the data’s being stored, and you’re not exactly clear what they’re doing with it. I mean, that’s just a good rule of thumb, common sense.

Labian says he doubts this case will slow the move to cloud computing, which he says is growing at “a breakneck pace.” 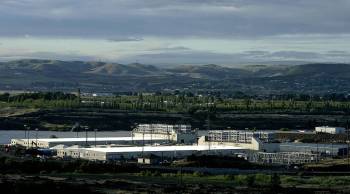