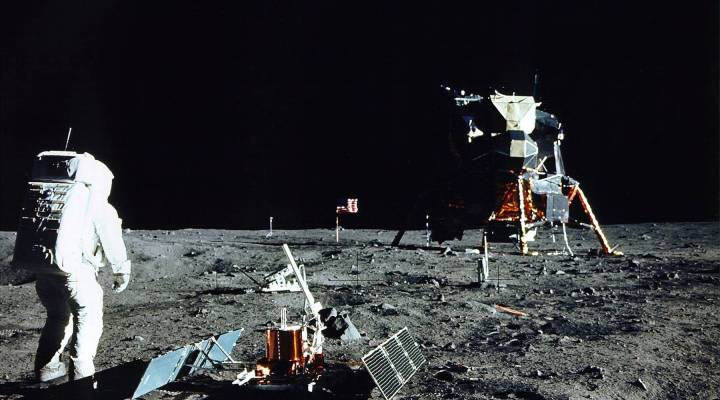 A moon colony for the economy?

A moon colony for the economy?

So last night’s Republican presidential debate in Florida covered a lot of ground, but it also covered space.

Specifically, the four candidates talked about how important Florida’s space industry is and how much the country should invest in space. Former House Speaker Newt Gingrich grabbed the most headlines with his proposal to establish a “moon colony“.

In today’s Mid-day Extra, we look at how much such a plan would really cost — and if it is worth it.

To tell us about the pros and cons, we have Neil deGrasse Tyson, director of the Hayden Planetarium at the American Museum of Natural History.

He says that to some extent, the mention of building up space program in Florida might be a strategic move for politicians hoping to get voters on their side. But at the same time, building up a space program — even one focused on the moon — has a lot of secondary benefits, like creating a society that ones again values scientific development.