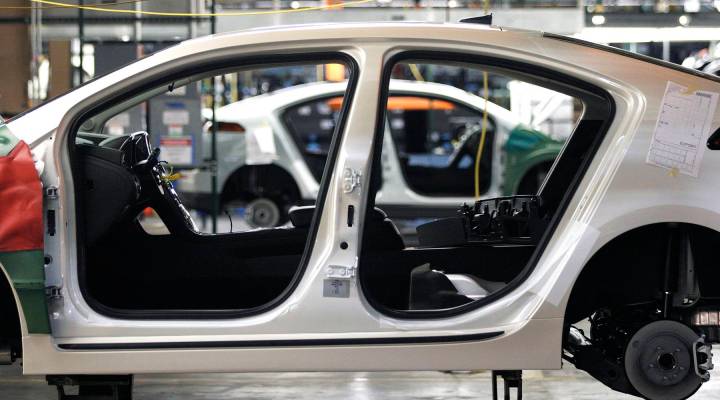 A GOP led House committee is challenging the Obama administration’s investigation into Chevy Volt batteries that caught fire last year, raising questions about whether the government’s partial ownership of General Motors created a conflict of interest.

A Republican proposal in the U.S. House of Representatives that would strip President Barack Obama of his authority to rule on the permit for the Keystone XL oil pipeline raises “serious” legal questions, a top State Department official said on Wednesday.

In the State of the Union yesterday, President Obama offered up a new plan to right the housing market. The Mortgage Bankers Association says applications for home loans fell last week in part on rising interest rates — but don’t expect those rates to jump dramatically anytime soon.

The Federal Reserve wraps up a meeting in Washington today, and economists are expecting some clarity about just how long the Fed will keep its low interest rate policy in place. The number of home buyers fell from November to December. According to the National  Association of Realtors it was still the second highest level we’ve seen since April 2010.

Also, Apple announced yesterday it made $13 billion in profit last quarter. That was way more than analysts expected.

To the 2012 Super Bowl Contenders: The New York Giants and the New England Patriots. The Census Bureau has released a couple of interesting facts about each team’s city. New Yorkers on average take 38.7 minutes to get to work. Bostonians: 28.4 minutes. The median household income for New York is about 48-thousand dollars a year. For Boston? About 50,000. All interesting stuff — though in fairness to the cities that actually made it to the Super Bowl, it’d be nice to hear about commute times in Foxboro, Mass. and East Rutherford, N.J.

Brown is the new color of “green”.  An article in the Wall Street Journal reports that many companies are embracing brown paper products. Brown napkins, paper towels – even brown toilet paper. Some of the attraction — if you want to call it that — is what the color “symbolizes” that it’s better for the environment. But, like so many commercial trends, it seems this one has been taken to its extreme. One company actually adds brown pigments to its environmentally-friendly diapers.

Wal-Mart has announced an American-Idol style contest for new products. According to USA Today, the company is pitting small businesses against each other. At stake: a spot on shelves at Wal-Mart stores around the country. Among the contenders: Zombie Repellant body washes, plastic cookie dippers that facilitate your late night Oreo-and-milk cravings, a tool called the “tuna Squish” which allows you to drain a can of tuna fish without getting “tuna-juice” on your fingers. And one of my favorites,  Puppy Uggs — little tiny booties for your fashion-forward dog. Yeah, they may be frivolous… But they are pretty cute.

Travel and Leisure magazine has come out with a list of America’s Rudest Cities. The top spots this year go to New York and Miami. Washington DC comes in 3rd. LA comes in 4th. It is true, I’ve never seen anyone help an old lady cross the street here in L.A. But I don’t think that’s rudeness — there just aren’t many pedestrians here.