Problem is, fewer and fewer people have BlackBerries today. Which is why over the weekend, the co-CEOs of Research in Motion resigned. Thorsten Heins is the new guy’s name. And if you want to have a sense of what he’s going to do to shake things up, pay attention to his first big decision: He’s going to hire a new marketing guy.

Bob Moon: Research in Motion’s new leader came under immediate fire from impatient investors, for insisting that there’s no need for “seismic” change.

Thorsten Heins: If we continue doing well what we’re doing, I see no problems with us being in the top three players.

Ted Schadler: It sounds like they’re going to continue to try to compete against Apple and Google and Microsoft and Nokia, and on and on and on — and that is a really tough market.

Forrester Research analyst Ted Schadler says the smartphone business is already passing BlackBerry by. Just a few years ago, it controlled up to 90 percent of the business market. Now, Schadler says, Apple and Google have snatched away more than half that business.

Schadler suggests Research in Motion should shift its focus to marketing the unique part of its business — its secure email and communication systems, which many businesses still favor. It could essentially sell that service as an application on other phones.

Gartner research analyst Ken Dulaney doubts that Apple would give Research in Motion access to its iPhones, but he says Android is an open platform.

Ken Dulaney: It would have that marketplace immediately, and it could add the additional things that they’re good at, plus their network which routes traffic globally, very efficiently across the world. That’s the kind of radical change I think we need to look at.

At Forrester, analyst Ted Schadler says RIM’s new CEO has some time to turn things around, but he needs to start soon. 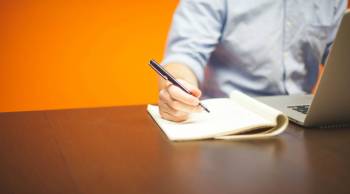 The pros and cons of a 30-hour work week 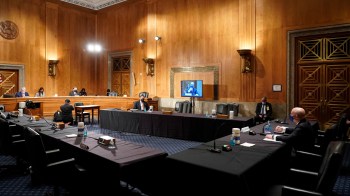