Scaling back on weight

Scaling back on weight

Tess Vigeland: While we’re on the subject of behaviorial change, how are those New Year’s resolutions going? The folks who get paid to study these things say our resoluteness historically lasts about three weeks. So… hey, better luck next year. But if one of your promises was to lose weight, you’re about to wish you worked at one of these companies, because they pay you to shed the pounds

Why would they do that? ‘Cause studies show people who exercise and eat right miss less work, are more productive and file fewer health insurance claims.

Eric Whitney: When he gets to the office on Monday mornings, the first thing Andy Casper does is log-in at a computer.

But this isn’t the computer at his desk. It’s connected to a scale he’s standing on, right in the employee break room, behind a little partition.

Andy Casper: This was a good Monday.

Whitney: Why was this a good Monday?

Casper: I lost a pound and a half over the weekend. I figure any weekend you lose is a good weekend, y’know?

Andy, an IT supervisor, is a big guy, but not as big as he used to be. This talking scale has helped him drop his weight from 273 pounds to 235. That’s 40 pounds in four months. Casper says he wants to lose 40 more by August, and says he’s already seeing benefits.

Casper: My wife, I find out she’s a little more, y’now cuddly at night.

The benefits aren’t just on the home front. Andy’s employer, hospital company HealthOne, pays him to leave the lard behind.

Casper: I got my first check Saturday for $60.

Not a ton of money, but Andy says it still felt good to get the check.

The more you lose, the more you get paid. A company called IncentaHealth came up with the program as a way to keep people motivated. Companies pay IncentaHealth to set up the computerized scales in their offices, they send employees daily tips on healthy eating and exercise. People who lose weight earn cash and gift certificates. They keep track of their progress on their email and smart phones.

Todd McGuire: And once you sign up, you’re going to get a custom exercise plan and meal plan every day that you’re in the program.

Todd McGuire is IncentaHealth’s CFO, he says it doesn’t work for everybody. Only about half of those who sign up for the weight loss coaching stick with it after six months. But McGuire says most of the employees who keep weighing in, lose enough weight to positively impact their health, about 12 pounds a year. And if staying true to personal goals isn’t enough to keep people motivated, you can join a team and challenge others to beat you and your co-workers.

McGuire: And there’s a leaderboard on the website that shows The Slimming Divas is in second place and has lost 8 percent of their body weight and they earn a team prize.

People say the biggest motivator to lose weight, though, is pictures.

Yup, the Internet-enabled scale also has a camera. It takes your picture every time you weigh in. Tanya Amaro uses one of the high-tech scales at the hospital she works at downtown. She says scrolling through her pictures over time is really effective.

Whitney: So you see these pictures again, later?

Amaro: Oh, yeah. You’ll get an e-mail when it’s gotten your weight. You can see your pictures from the very beginning, first weight, ’til now. It’s awesome.

Companies pay about $35 a year per employee to have the computerized scales in their offices. IncentaHealth says companies who use the scales save three to four times that because healthier employees cost less in health claims and are more productive. At least one big employer, Kasier Permanente in Colorado, confirms the savings.

That’s great for the bosses, but for worker bees like Andy Casper, the IT manager, there are things like leaving his size 44 pants on the dressing room floor — and stepping out in a new pair of 38s.

Casper: I smiled the whole day, from ear to ear. I haven’t seen 38 since about 12 years ago. When I put them on and I didn’t have to suck in my gut or anything. I just come out of the dressing room and my wife says, “They fit?” And her eyes got big and my eyes got big, and she gave me a big hug and “I’m so proud of you.” That was cool.

So far IncentaHealth has installed its computerized scales at the offices of about a dozen big companies across the country. They’re now experimenting with how to make them available to the general public outside of workplace settings. 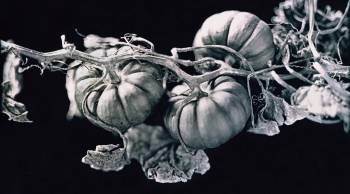