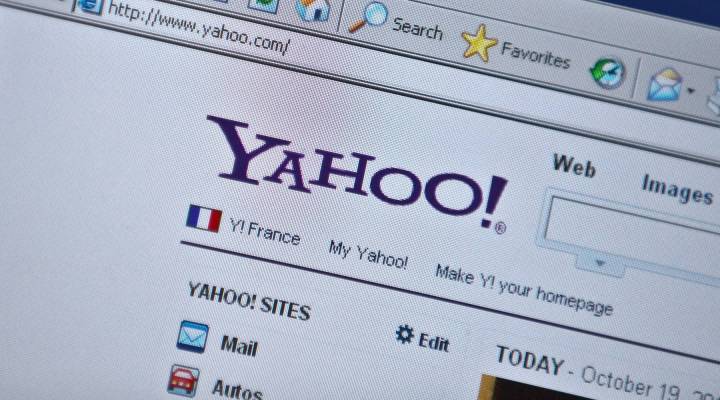 COPY
The Yahoo homepage is seen on a computer screen in Washington on October 19, 2010. NICHOLAS KAMM/AFP/Getty Images
Mid-day Update

The Yahoo homepage is seen on a computer screen in Washington on October 19, 2010. NICHOLAS KAMM/AFP/Getty Images
Listen Now

The Federal Reserve said this morning that factories pumped out products at a fast clip in December. Manufacturing activity jumped almost a percent. That’s the biggest gain in a year.

We also learned this morning that the price producers pay for goods fell by 0.1 percent, mostly thanks to a drop in the price of gas and food.

U.S. homebuilders are growing less pessimistic about the housing market, despite tighter lending standards that have slowed home sales. The number of mortgage applications jumped more than 20 percent last week. The Mortgage Bankers Association says a whole lot of that activity came from applications to refinance.

The International Monetary Fund says it aims to raise up to $500 billion to give out new loans to help to mitigate a worsening financial crisis.

Goldman Sachs just announced it made $6 billion in revenue during the final three months of 2011. Goldman also reflected the same weakness felt by the rest of Wall Street: the banks said trading earnings for 2011 were 9 percent lower than in the previous year.

The Mayor of Boston is reportedly asking Federal Regulators for the authority to keep the cost of Cable TV down. According to the Boston Globe, in the three years since the city stopped policing cable providers, prices for basic cable have jumped 80 percent.

Bloomberg is reporting that the Greek government will lower the cost of filming at the Acropolis to help raise cash. A day of shooting will set you back about two grand.

The World Bank today issued a new study, predicting the global economy will expand about 2.5 percent this year. That’s far slower than the growth rate they projected back in June.

The online encyclopedia Wikipedia and other websites are blacking-out to protest the Stop Online Piracy Act. But if you really need to find out some fact today — like the name of the cartoon Jetson’s pet dog — not to fret. There’s a way around the black out: do a Google search for the subject of your curiosity, and the word Wikipedia. And instead of clicking directly on the results — click on the arrow to the right and select the cached version. Voila. The Jetsons’ dog was Astro.