The Pulse is down today on the “unhealthy correlation” between building skyscrapers and financial disasters.

Today Reuters reported on a study from Barclays Capital positing the theory that going taller is a sign of poorly thought-out priorities and a precursor to bad economic times. Barclays cites the completion of New York City’s Empire State Building (1,454 feet) in 1930, Chicago’s Sears Tower (1,729 feet) in 1974, and Kuala Lumpur’s Petronas Towers (1,483 feet) in 1997 with preceding economic crashes.

“Often the world’s tallest buildings are simply the edifice of a broader skyscraper building boom, reflecting a widespread misallocation of capital and an impending economic correction,” Barclays reported.

That should raise red flags for citizens of China, where a building boom is currently raging. Of the 124 skyscrapers being built around the world, more than half of those are Chinese. Shanghai is fourth on the list of cities with the most buildings over 100 meters tall with 430 skyscrapers. But if you add in the skyscrapers of Guangzhou, Shenzhen, Chongqing and Beijing, China is number two on the list with 1,358 skyscrapers and counting. Hong Kong is the heavyweight champ of skyscraper construction with 2,354 buildings over 100 meters.

Proof that Barclay’s theory could hold water dates all the way back to the world’s first skyscraper, the Equitable Life building in New York City. A whopping 130 feet tall, it was completed in 1873, just as the U.S. was gripped by a five-year recession. 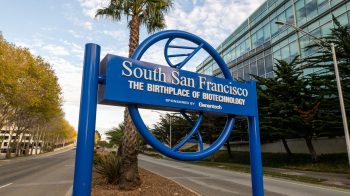