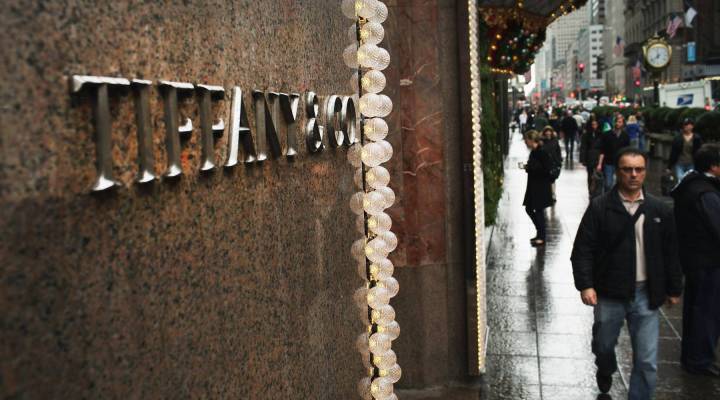 The information services firm SNL Financial counted 92 banks and thrifts that were closed by federal regulators last year. That’s down from 157 the year before.

Luxury jeweler Tiffany & Co says sales were sluggish during the holidays and its growth slowed.

The maker of Twinkies and Wonder Bread, Hostess Brands, today filed for Chapter 11 bankruptcy protection. The company just emerged from its last bankruptcy back in September.

A New York City woman wanted to get out of going to work faces forgery charges. She was arrested this week and charged with concocting a jury duty summons she’d given her boss. But the boss noticed the summons was rife with spelling errors. Which clued him in that the supposed court document was fake. Trial was spelled TRAIL. Manager was spelled MANGER. You’d think she’d be better at spelling since the woman is a schoolteacher.

When it comes to politics, some things never change. Like this line Mitt Romney delivered in his victory speech last night: “You know tonight we celebrate, tomorrow we go back to work.” Now, why does that sound familiar? Oh, because New York City Mayor Michael Bloomberg said the same thing when he won reelection in 2005. Also last night by the way, Jon Huntsman used the song “Beautiful Day” by U2 at his rally. That song was also used by John Kerry back in 2004.