Kai Ryssdal: Every now and then — quite often sometimes — it’s nice to just settle back into the living room couch, flip on the tube and catch up your regular shows. But imagine one day that almost all of ’em are gone. Cancelled — by the government. In the past couple of months, the Chinese government has only let on the air programs that — in its own words — “promote traditional virtues and socialist core values.”

Our China correspondent Rob Schmitz has this taste of what’s been given the cultural axe.

Rob Schmitz: Chinese television looks a lot like American TV — the hottest shows have been copycats of “American Idol” and “America’s Got Talent.”

Advertising expert Tom Doctoroff, author of the forthcoming book “What Chinese Want,” says China’s government sees these types of shows as a threat to social stability.

Tom Doctoroff: Reality series, the dating competitions, and so on. Things where real people have a chance to express their real desires. And a lot of those desires are a little bit too hot.

Desires like voting. One of the most popular shows forced off the air was called “Happy Girls.” It allowed viewers to vote on the singing talents of ordinary Chinese women. Expressing a desire to buy luxury goods also got a thumbs-down from China’s censors.

Government officials publicly slammed a popular dating show where a female contestant told her prospective date that she’d rather cry in a BMW than laugh on the back of his bike.

Doctoroff: China is a very vertically segmented market. There are many, many rich people, and there are people who are struggling to get by and there are 200 million people who are still operating under $1-a-day poverty line. So what this does is that it makes this society seem less fair, when communist values are always about meritocratic equal opportunity for everyone.

Except when it comes to watching television. So what’s left on Chinese primetime?

The trailer for the new show “Civilian Hero” is a good indication of what’s to come. It’s a show full of re-enactments of good Samaritans performing good deeds like saving an elderly man from a runaway truck or rescuing a drowning boy from a swimming pool. This is likely a reaction to the death a couple of months ago of a 3-year-old girl in Southern China. After she was run over by a truck, a security camera caught 17 people brush by her, ignoring her as she bled to death.

On the streets of Shanghai people I spoke with said they were all in favor of watching more morally edifying shows. Beauty salon worker Zhou Wei:

Zhou Wei: I think canceling these types of entertainment shows that glorify celebrity is a good thing. I’d rather watch shows about ordinary people.

Su Li: Last time I watched television, there were dating shows on every channel — even the news channels. It was way too much.

So much that Mr. Su angrily turned off his television for good. That was three years ago. When I tell him about the new programming changes from the central government, Mr. Su says he just might go home and turn it back on. 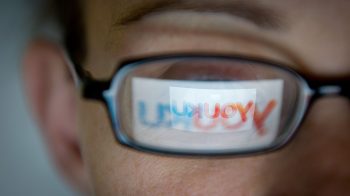