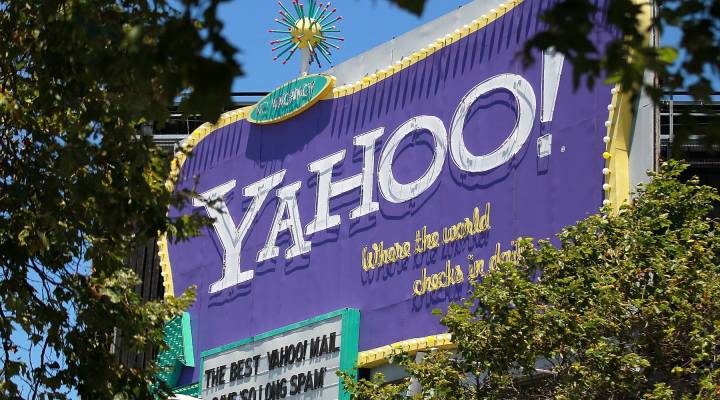 COPY
Yahoo has just named its new CEO. Will he be able to help the company with its troubles? Justin Sullivan/Getty Images
Mid-day Update

Yahoo has just named its new CEO. Will he be able to help the company with its troubles? Justin Sullivan/Getty Images
Listen Now

President Obama today will tap Ohio’s former attorney general Richard Cordray as the first director of the Consumer Financial Protection Bureau. Cordray’s appointment will be by a presidential recess appointment, to avoid Republican opposition while Congress is out of town. The president will make the announcement during a speech in Cleveland.

News today that factory orders rose by 1.8 percent in November. The Commerce Department saying that was lifted by big demand for aircraft.

There was some positive news today from across the pond. Inflation in the 17-country Eurozone fell in December.

There’s word today from Chrysler that sales in the U.S. were up for the year by 26 percent. 37 percent for December alone.

Afghanistan’s president, Hamid Karzai today said he agrees with American efforts to talk with the Taliban through an office in Qatar.

Your morning routine is about to get a little more expensive… Starbucks is raising prices, again… A 1 percent price hike will hit customers in the Northeast and Southwest and will mean a 12 ounce cup of coffee costs about 10 cents more… And the grey lady is demanding more green. The New York Times is charging New Yorkers more the price will go up by 50 cents on big apple newsstands… The cost of home delivery will also go up.

Mama don’t take my Kodachrome…off the New York Stock Exchange. Kodak just got a warning from the NYSE that it will get booted off the Big Board if it can’t boost its average stock price over a dollar a share.

A study out today from Georgetown University looked at census data to figure out which college majors had the highest number of unemployed graduates. Topping the list?  Architecture. Recent grads had an unemployment rate of nearly 14 percent. Arts majors came in second — at 11 percent. Humanities majors rounded out the top three — 9 and a half percent were unemployed.

A library book holder in Massachusetts got a big surprise after being overdue on two books she had checked out. The library sent police to her house. An officer — complete with uniform and gun — showed up to either collect the books… Or take payment for them. The good news is the books were found and returned. But the person who had checked them out was concerned… And wanted to know if she could really be arrested. 5-year old Hailey Benoit’s mommy said she hoped not.