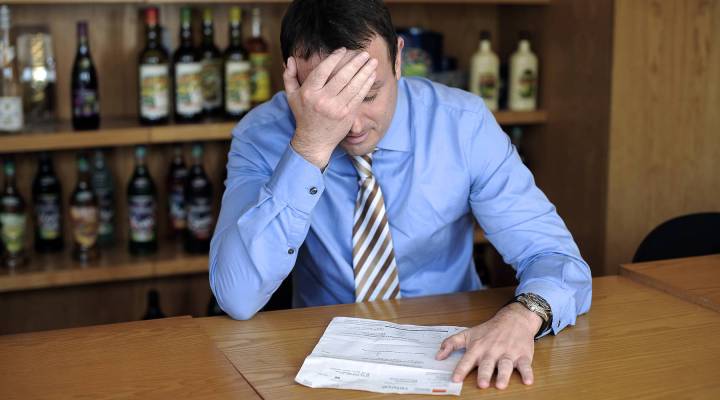 Verizon reversal caps the year of the fee

2011 goes down in history as the year businesses pushed too far on fees. JEFF PACHOUD/AFP/Getty Images

Verizon reversal caps the year of the fee

2011 goes down in history as the year businesses pushed too far on fees. JEFF PACHOUD/AFP/Getty Images

Jeremy Hobson: It is the 30th of December, the day one of the biggest phone companies in America did a 180.

It started yesterday when Verizon Wireless announced that it would start charging customers a fee to pay their bill: $2 if the payment was made over the phone or if it was a one-time payment online. No fee if customers set up recurring payments.

Today, federal regulators said they were looking into it. And within hours, Verizon dropped the fee.

In a moment, what’s the big deal about $2? But first, Marketplace’s Stacey Vanek Smith tells us what Verizon was up to.

Stacey Vanek Smith: To look at why companies keep on pelting us with new and irritating fees, I thought I’d start with the industry that elevated the fee to an art form.

Michael Boyd: Airlines can think of fees that we mere mortals can’t.

Aviation consultant Michael Boyd says fees bring in big money. Baggage charges alone are set to total nearly $3.5 billion this year. But what about all of the ill will it creates? Boyd says airlines would probably charge a fee for that too if they could figure out how.

Boyd: There hasn’t been any downside so far because people pay it, they’re good little sheep and if they keep on paying it, airlines will keep on charging it.

Generating cash isn’t the only reason companies like fees says Paul Grill — he tracks the payments industry for First Annapolis consulting. He says fees are part of:

Paul Grill: A pricing strategy that we might call unbundling where companies are looking to charge more discretely for a product or service.

So companies can charge competitive, low rates, and then customers who do expensive things — like pay over the phone or get a bank statement in the mail — pay extra. Which ends up encouraging customers to behave in ways that benefit the company.

The one problem? Outrage. George Loewenstein teaches economics and psychology at Carnegie Mellon. But, he says, even if customers get angry and mean to switch banks or cell phone providers — most won’t.

George Loewenstein: But they procrastinate on their one-person boycott and they’ll end up paying by credit card and incurring the $2 fee, and after they do it a few times, they won’t even be particularly bothered by it.

Loewenstein says Verizon should have stuck it out. In fact, for fees to actually work, he says you have to keep pointing them out to customers — only then will they reach the outrage threshold and finally change the way they pay.