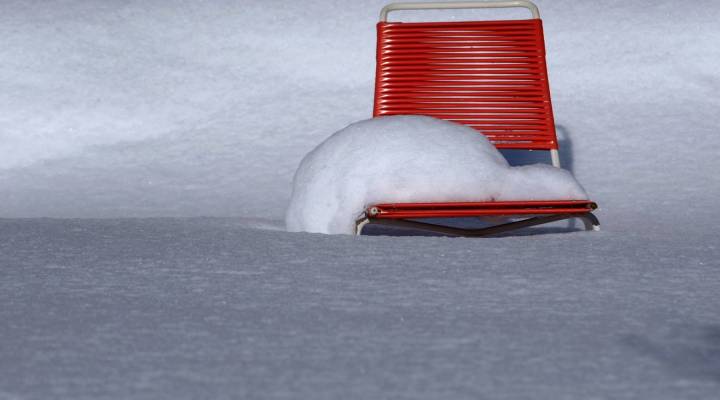 PODCAST: Holiday sales up, the price of fake snow

PODCAST: Holiday sales up, the price of fake snow

Christmas Day spending online was up nearly 17 percent this year. A lot of that buying happened on mobile devices — like iPhones, iPads and Androids.

Music spending in 2011 is on track to actually increase from last year. According to The Wrap, the two biggest albums were Michael Buble’s “Christmas” and Adele’s “21”.

Sears Holding says it’s going to shut down more than 100 Sears and Kmart stores after some really bad holiday numbers. Sales for both chains have been down more than 5 percent in the latest quarter.

The S&P Case-Schiller home price index shows that home prices fell in most major cities in October. It’s the second month of declines after a few months of more positive news.

Here’s something to remember as you’re taking to the skies this busy holiday week: some food items just are not sacred to the Transportation Security Administration. A woman going through security at the Las Vegas airport was stopped by the TSA. Her carry-on bag and other personal items got the OK from screeners. But one item didn’t get through… her cupcake. Now TSA rules say cakes and pies are OK to carry-on a plane. But one agent was suspicious of the cupcake’s frosting, saying it violated the agency’s liquid and gel rules.

Some folks weren’t satisfied with a snow-free Christmas this year. According to ABC News, the fake snow business is booming in places like Jacksonville, Fla. Here we’re talking not about fake, plastic, snow but ice re-formed into flakes; 70 foot snow slides, snow for snowmen and snowball fights. The cost of your private winter wonderland — as much as $20,000, depending on just how many snowballs you wanna make.

And in today’s Mid-day Extra, we look at what kind of value you get out of breaking an NFL record.