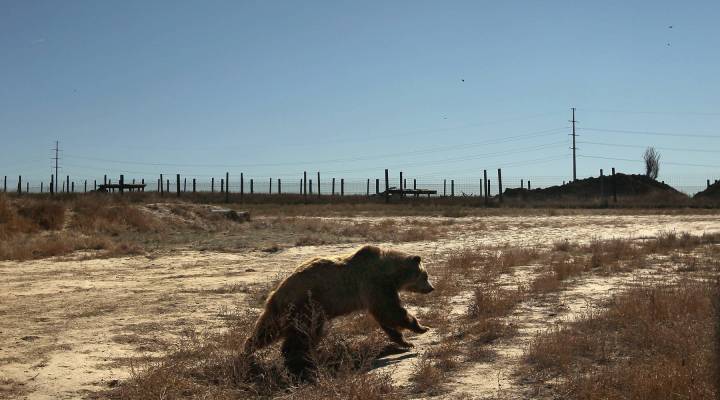 The sandwich chain Quiznos is on the verge of either bankruptcy or a takeover. That’s according to the Wall Street Journal, which says Quiznos has closed about a third of its stores, because of increased competition from chains like Subway.

We just got a revised GDP number for the third quarter showing the U.S. economy grew at 1.8 percent. That’s down 0.2 percent from the original estimate.

The government said this morning that the number of people applying for unemployment benefits dropped again last week to 364,000. That’s the lowest level in 3.5 years.

Mexico has been looking for ways to get tourists to look past the drug-related violence that’s dominated media coverage and come visit. Maybe have a margarita or two. And according to Advertising Age, tourism officials are promoting an odd attraction. The end of the world according to the Mayan calendar, which could come next December. One hotel proclaims “The Mayan Calendar is running out and so is your chance to win big!”

Turns out the border fence set up between Mexico and the United States is blocking the path of migrating bears. In the cartoon version of this in my mind, little mice scramble under the fence and then make raspberry sounds mockingly. That’s probably not happening. But, according to the New York Times, researchers say the black bear population is being threatened by the barriers. They didn’t have any comments on the fence’s effectiveness at keeping illegal immigrants out.

And in today’s Mid-day Extra, we look at why everyone can’t seem to get enough of those end of the year, “best of” lists.