In one North Carolina town, customers getting a recession break

In one North Carolina town, customers getting a recession break

Jeremy Hobson: If you’ve been to the mall in the last few days, you’ve probably noticed a lot of sales. And you always have to wonder who’s getting the better end of the deal — you, the consumer, or them, the seller. But in the small town of Pittsboro, North Carolina, the sales are most certainly for real — like at the C.A. Sullivan Music Shop.

Tony Sullivan: Now watch this. This is a little trick you can do on the guitar. First finger on the fifth string, seventh fret.

Sean travels an hour and pays $25 to learn from a master. Sullivan used to be a session musician in Nashville, and toured with his own band. Now, at 61, he sells guitars in this little North Carolina town, and teaches kids how to play. Since the recession hit, he’s been giving some lessons for free.

Sullivan: And I’m a lousy businessman. Everybody that comes in that door is more or less a friend. And I can’t help but treat people like that, you know.

That goes for a lot of businesses here. There’s the stylist who gives $7 haircuts, and the local naturopath who runs a sliding-scale clinic. At one point, Sullivan had eight kids learning for free. Now it’s down to three. Some of the parents can’t afford the gas anymore.

Things have been slow for him, too. Nowadays, people come in to sell their own instruments, not to buy any. But that hasn’t made him change.

Sullivan: I’m old enough, and I’m from the South. Working-class people, integrity was a big deal. That was the only thing you knew you could take to the grave with you.

Those values aren’t gone. At the end of his lesson, Sean Jackson slips Sullivan an extra $5. Sullivan catches it and hands it back. But he does take a gift from his landlady, Elizabeth Anderson.

Anderson figures if she helps one business stay afloat, the whole town will be better off. 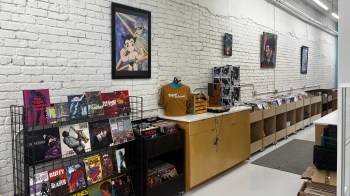 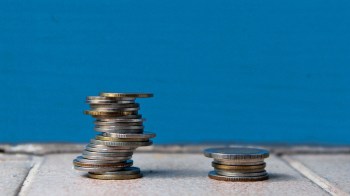