At first glance, Facebook’s Timeline feature just seems to be another in a long series of redesign elements. Maybe a little more aesthetically pleasing than most, pretty slick; some people will love it and some will hate it. But upon examination it reveals itself to be a fundamental shift in how you present yourself to the world.

Under the old Facebook, visitors to your profile page saw your most recent activity first. Stuff like what you posted, who you’re friends with, where you commented was all presented with the most recent event at the top. One could scroll down the page and see more updates but it soon ran out and you’d have to click to see more.

Timeline is meant to replace the old profile. Now, visitors might see your most current activity but there’s also a bar off to the right that lets one scroll to everything you’ve done since joining Facebook. It goes even further back, beginning with the date you were born. For the missing bits, users are invited to fill in that information.

Nicole Ellison teaches telecommunication, information studies and media at Michigan State. She predicts you’ll spend time with your own profile at first, lured in by nostalgia. But then, “when we’re looking at other people’s timelines, that’s when it gets a bit more complicated, because with the traditional profile, in order to see past content, you have to click older posts. And it will show you a couple of screens of content and you have to keep clicking and clicking and clicking to move backwards in time, and even though that’s not large technical burden, right? It’s just a click,  but after a while, it starts to feel creepy to be moving backwards through someone else’s profile.”

Now, there will be no clicking to be fed increments of the past. Ellison recalls an update in the Timeline of one of her grad students. It was from a while back but showed up easily. “I was just kind of scrolling around,” she says, “and I saw her post talking about potentially coming to Michigan State, and asking her friends if she could survive living in East Lansing for four years. I definitely was not part of the audience for that post, and I never would have, after friending her, clicked older posts 20 or 30 times to get back to that, but here it was for my consumption. “

So in old Facebook, the present was all that mattered. “The new form collapses time, and so, the sense that something has happened in 2005 or 2007 is now as relevant as the present,” says Judith Donath of Harvard’s Berkman Center for Internet and Society. While we may have previously assumed that meeting someone in real life was more profound than meeting online, Donath says with innovations like Timeline, just the opposite is happening. “For a long time, the idea of meeting people online was always this sense that it’s just this vague outline of a person, you don’t really get a good sense of them. But now if you meet someone at a party, you might get some sense of who they are, but if you get their Facebook profile, suddenly you have a whole biography about them. And so, we’re moving into world where meeting people online is becoming a richer experience than meeting them face-to-face.”

Also on this program, The Robot Roundup. Meet a robot who can keep you on your diet and exercise plan, a robot who can let you forget the plan while it makes you sandwiches, and a robot that resembles a spider and rappel on a web and do cartwheels. 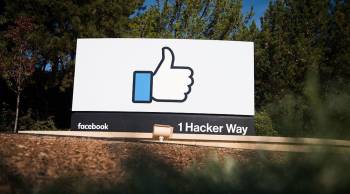