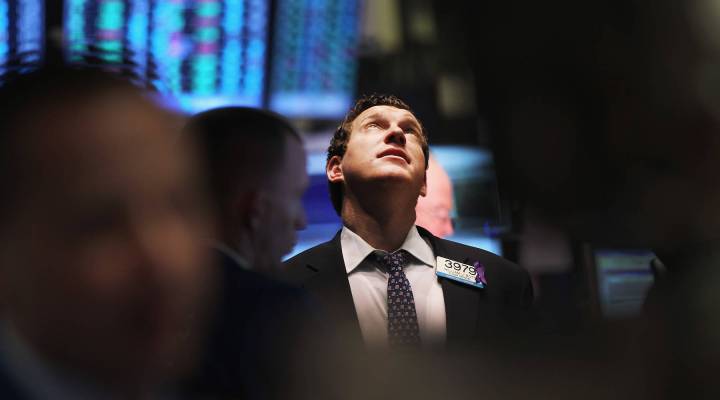 The economy, then and now

A trader on the floor of the New York Stock Exchange. Spencer Platt/Getty Images

The economy, then and now

A trader on the floor of the New York Stock Exchange. Spencer Platt/Getty Images

Tess Vigeland: Tom Petruno has covered the economy and markets since 1979. Last week, he retired from the Los Angeles Times, after more than two decades as a columnist writing about markets and the economy. He joins us now to share some of what he’s learned over the years. Tom, welcome to the show!

Tom Petruno: Thank you very much for having me.

Vigeland: I’ve been reading your column for lo’ these many years now, and I was sorry to see that you were leaving this year. You know, considering everything that’s going on with the economy, why would someone leave such a stable job?

Petruno: That’s a very good question. I turn 55 in June, and I don’t know, for me at least and maybe for other people, turning 55 flips a switch. So my thought was step away from the daily grind. I mean I was hoping to keep my hand in it because you don’t cover markets and the economy for 35 years and suddenly not be interested. But freelance, perhaps, volunteer, something I’ve never been able to do with my time, because my time has always been eaten up by daily journalism.

Vigeland: Let’s talk a little bit about some of the things that you wrote about in your final column, which really caught my eye. And I think for me, what you wrote about was the need for all of us to keep some historical perspective on what happens in the markets, in the economy, in our own personal finances. As you said, 35 years of seeing that really not every crisis is the crisis to end all crises.

Petruno: Right. In 35 years, I’ve heard more times than I can possibly count that the world is ending tomorrow.

Vigeland: We heard that in August.

Petruno: We heard that in August, right. And you know, the world is gonna end some day, just probably not today. I got into the business in 1979 and that was a horrible economy. In fact, ’79-’82, people described it back then, to me — and I was a young kid who knew very little — but this was the worst economy since the Great Depression. And it didn’t feel like that to me when you’re 23 or 24 years old. I mean, that’s the great thing about youth, is hope springs eternal and you figure, “Well, I’ve got a job. How bad could it be?” But looking back, of course, it clearly was an awful economy. So when we got into our current crisis, there was a lot that was similar in terms of the way people felt that “We’ll never get out of this,” “It’s awful,” “It’s only going to get worse.”

Vigeland: It is our Depression.

Petruno: And it is. If you look at the number of unemployed or underemployed, this is our generation’s Depression. And we’re living through something that is horrible on so many levels. But it is not yet the end of the world.

Vigeland: Having watched so many crises like this, having seen market madness — what is your thought about how individuals need to manage their way through events like this?

Petruno: Well, one of the things that happened, tragically, with the crash in 2008 is that people really learned in some ways a very painful lesson. That the level of risk they thought they could take, they couldn’t take, because they really couldn’t think the market could go down 50 percent.

Petruno: Yeah. So people had to re-learn how much risk they’re willing to take. I think the problem has become in the last couple years that the pendulum always swings too far both ways. And now I think you’re going to continue to see many individuals get out of the stock market or stay away from the market. And I think that’s a mistake in the long run. Again, if you don’t believe the world is ending, I think there’s always opportunities and equities, so I know it’s been a lost decade. Many people say, “The market hasn’t gone anywhere since the late ’90s.” And that’s true and it’s possible it’ll be another lost decade, but I think to abandon equities completely, unless you’re just so afraid of risk, I think ultimately becomes a mistake.

Vigeland: I’m sure no two days were ever the same for you covering the markets and the economy. If you could pick one constant in any economy, in any market environment, what would that be?

Petruno: I think for most people, you have to fight human nature. I mean, the whole idea of “buy low, sell high” sounds so simple. Of course that’s what I’m going to do! Of course that’s what! But human nature works against you all the time on that. You know, our instinct is to buy stocks when the market is flying high or buy any asset when it’s flying high — real estate, whatever. We want to get in because everybody else is in and we think it’s gonna go on forever. And then when the market is down and values are down, we run away from it. You know, so really to be a successful investor, you have to try to fight human nature and fight your instincts, which is to flee at exactly the point you should be buying more.

The other thing is, you can always take a little more time to educate yourself, right? I mean, people spend more time going over a restaurant menu than they will in one year than looking at their 401(k) options. And this is something that I try to remind my readers of every year. You take a look at your options and you learn something new — well, what does this fund do relative to what I own? Might I want to have a piece of my assets allocated in this particular investment, why would I want to? Educating yourself is just so critical. And it’s less critical when you’re young. I always tell young people it doesn’t really matter so much where you put the money, as much as that you save as much as you can. I made my first investment, Tess, it was $1,000 I put into a stock mutual fund in 1982. And I still have it to this day. As you can imagine…

Vigeland: How old were you may I ask?

Petruno: 26. I only wish it had been $2,000. Can you imagine, right? I put the $1,000, I only wish I had $2,000 to put in, because time was on my side and it really was a long-term investment and I didn’t know the market was going to do what it did those incredible years in the ’80s and ’90s. But you know, if you’re young, the more you can put away and truly say you’re putting it away. And I realize things happen and people need to tap their retirement funds. But try to have that nest egg that you really are putting away for 30 years. That power of compounding is so powerful. That’s the problem: I think people’s nest eggs are not going to be anywhere near what they thought. And I understand the idea of wanting to be safe, but I think nowadays, probably too many people are playing it way too safe.

Vigeland: I know it’s only been a few days, but how’s it goin’?

Vigeland: Do you miss your Bloomberg terminal at L.A. Times?

Petruno: It’s a tough transition when you’re used to for 35 years being so on, and every day, I’d get into the office and look at the Bloomberg and you’re looking at the Mongolian currency and the Icelandic yield curve

Vigeland: You really miss those, right?

Petruno: Yeah, I do. I miss Iceland, poor Iceland. But it’s like a drug, you’re just so… So I’ll never get away from that entirely. And of course, at the end of the day, I look and see at what did the market do today? And what’s happening with interesting rates and so forth. It’s a game of sorts, but ultimately, the markets are all psychology. And we blame everything on the computers now, in terms of the market volatility, but you know, humans program the computers. It’s still ultimately about psychology, and I don’t think the machines are smarter, and I do think fundamentals still matter and you can be an investor who cares about fundamentals and invest based on the fundamentals and in the long run, there’s a very good chance you can do well. The computers do what they do and they make us all crazy, but ultimately, with equities, the fundamentals will win   out. I truly believe that.

Vigeland: Tom Petruno, thanks for coming in.

Petruno: Thank you very much. 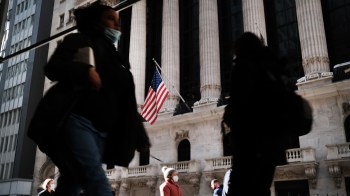