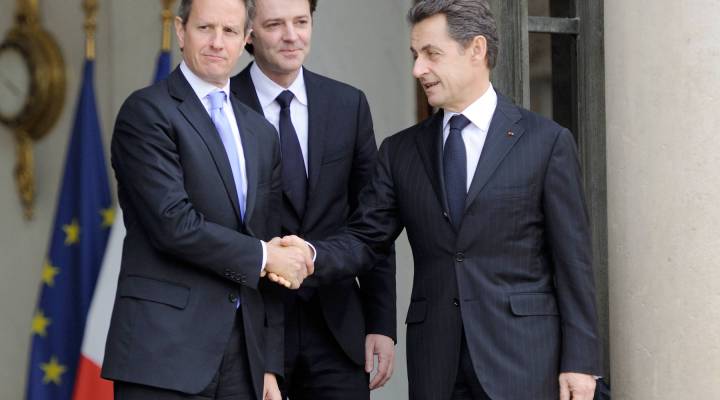 European leaders have agreed on austerity measures to prevent further economic turmoil. But the country's that are less well off may not be able to grow as much in the future. Photo Eric Feferberg/AFP/Getty Images
European Debt Crisis

European leaders have agreed on austerity measures to prevent further economic turmoil. But the country's that are less well off may not be able to grow as much in the future. Photo Eric Feferberg/AFP/Getty Images

Stacey Vanek Smith: European Union leaders are meeting in Brussels today for an emergency summit. Some of the proposals on the table are so drastic, European Union treaties would have to be rewritten.

Carl Haglund is a Finnish member of the European Parliament. He joins me now. Good morning, Mr. Haglund.

Smith: What can be done at this summit in Brussels that hasn’t been done at all the previous meetings?

Smith: Do smaller countries in Europe like yours worry that you might get pressured into a deal by the French and Germans? Is that a concern?

Haglund: Yes, unfortunately. I’ve had several debates here in Helsinki today around the topic. And it’s very clear that some national politicians especially — who don’t work in Brussels — feel like the aim of the French and the Germans is to force a new culture where a majority can make decisions, where smaller countries don’t have to be taken into account.

Smith: If some sort of agreement can’t be made at this summit, what happens then?

Haglund: If we once again end up with this small step approach, where the council is not able to address the actual crisis — in other words, the sovereign debt — and they try to dilute the discussion by talking about treaty changes and other things, I’m afraid that the markets will react very negatively.

And then it’s going to put additional pressure on Italy and Spain on the sovereign debt markets and that might become unsustainable quite fast.

Smith: Carl Haglund is a Finnish Member of the European Parliament. Carl, thank you.