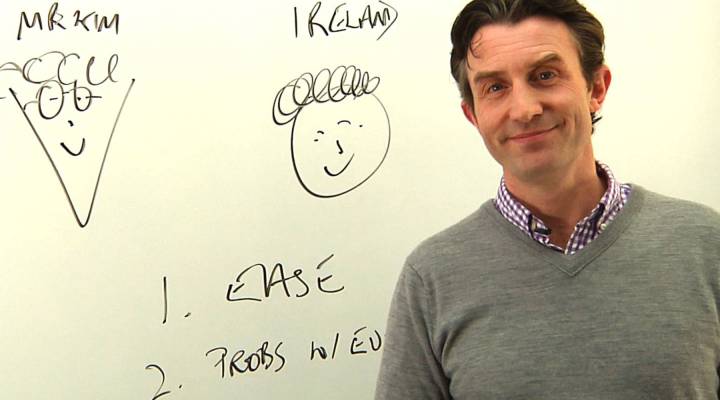 Why does the EU want U.S. dollars?

Why does the EU want U.S. dollars?

The Fed’s announcement of its deal with the ECB this week means essentially one thing: it’s easier for Europeans to get dollars.

But why do they need dollars? Why can’t they use euros? After all, they spent 10 years creating the euro, why not use it?

There are a couple of reasons why Europeans need dollars. First, because many companies always do business in dollars, rather than in euros or yen or won or whatever. Why? Because it’s easier. If you’re an Irish motherboard maker, and you need semiconductor chips from Korea, you don’t want to use won because you have to convert your euros — and that can be tricky and maybe expensive, and it can take a while. And your Korean chip supplier doesn’t want to use your euros because she has suppliers in Japan and Taiwan, and in order to pay them, she’d have to convert your euros into won, yen and Taiwanese dollars. In other words, your euro is a pain in her butt.

Which is why she suggests using American dollars. It’s a currency that companies all over the world know and trust — whether they’re in Japan, Taiwan, Kenya or Iceland. Most importantly, it’s a currency everyone has access to. It’s quick, easy and takes care of a lot of problems when it comes to doing business across borders.

So that’s what businesses buy dollars, and in fact, there is always an active market for dollars in Europe. That’s not to say that companies in the past didn’t do business in yen or euros or whatever. They did, but American dollars were — and are — the most popular form of currency out there.

But something else has been driving the need for dollars in Europe recently. Companies that might have done business in euros in the past are turning up their noses at euros now. Small wonder — who knows where the euro will be in six months or a year? Maybe stronger, maybe weaker, maybe worse. Would you accept payment for something in a currency that might not even exist in 12 months? So now many European companies are being pushed to do cross-border business almost exclusively in currencies other than euros. So that’s driving demand for dollars. Worse still, many European companies are rejecting their own currency, perhaps anticipating that the euro may not survive and that the dollar is the safest thing to buy. Swiss francs might be safer, but they’re terribly expensive.

So the Yankee dollar it is. Without dollars, many European companies simply can’t do business. And if those companies can’t do business, then they will fail. That’s why European companies have been chasing dollars so madly, and driving up the price. The Fed’s deal with the ECB — I’ll explain exactly how that works in another post — is supposed to push the price of dollars back down. It seems to be working for now, but it needs to work for longer — long enough to allow the Eurozone nations to fix their deep fundamental problems. If they fail to move quickly to make those amends, or if the Fed’s moves don’t work, then European companies will begin to fail. And that will cause big problems for all of us. 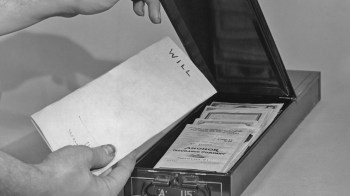