Living in the fertile void

Living in the fertile void

Have you ever sat in an audience and said to yourself, “Wow. What have I ever done with my life?” I had a moment like that last night.

I’m at a Civic Ventures conference held near the Golden Gate Bridge. Civic Ventures is a nonprofit founded by social entrepreneur Marc Freedman. It has a number of ambitious initiatives, but the focus is on helping people find meaning in their work and efforts in the latter stages of life.

It’s actually a far more ambitious initiative than that. Put it this way: We know that America is aging. The Woodstock generation — the roughly 76 million baby boomers born from 1946 to 1964 — is going gray fast. The elderly are living longer. And Americans seem gripped with foreboding about aging. The fear is that the living standards of spendthrift Americans will plummet when they retire. Social Security payments won’t be there to help out as the system buckles with too few workers supporting too many retirees. The swelling ranks of the elderly will send medical costs spiraling out of control. The mantra “We can’t afford to grow old” echoes from Senate hearing rooms to corporate boardrooms.

Yet there are strong reasons to believe that the age apocalypse won’t arrive. Like your grandfather’s Oldsmobile, the image of an America debilitated by age belongs to a different economy and an earlier generation. Instead, a series of broad, mutually reinforcing changes in the U.S. economy will make an aging population much more of an economic and social asset than before.

Of course, if everything stays the same, the disaster jeremiads will be close to the truth. What people at the conference are trying to do is change the terms of the debate: Innovate. Yes, we’re longer. Instead of bemoaning the wonderful news (and it’s good news), how do we as a society and an economy take advantage of a more vigorous aging population to make the world a better place for us and future generations. That’s the question. It’s the right question to ask.

The answer was hinted at last night during my “wow” moment. The Civic Ventures “Purpose Prize” went to five people over 60 who have made a difference. Jenny Bowen of Half The Sky Foundation is working on transforming China’s care for its 800,000 orphans; Randal Charlton is in charge of Techtown, an incubator for entrepreneurs in Detroit; Nancy Sanford is bringing portable, smokeless, fuel-efficient stoves to Central America; Wanjiru Kamau works with young African immigrants in Washington, D.C.; and Edward Mazria in Santa Fe is an architect pushing sustainable buildings standards.

Question is, how to go about thinking about what you might want to do in a second, third or even fourth career? There’s no shortage of worthy causes and intriguing projects. That’s where the “fertile void” could be helpful. It’s an expression used at the conference by Ruth Wooden, senior advisor at Public Agenda. When she was thinking about what to do next, a friend and colleague recommended she stop identifying herself by her previous jobs and accomplishments. So she printed up a business card that simply had her name, address and contact information — but no title. It’s the fertile void.

She’s now attending Union Theological Seminary and commuting on the subway with her senior citizen subway pass. A student ID and a senior citizen MetroCard. It’s a nice symmetry.

The “fertile void” is one practical technique for thinking through the difficult questions many aging workers are confronting: What do I want to do next — on my terms, not someone else’s. Try it. 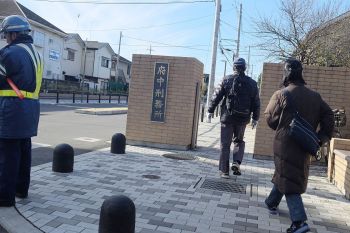 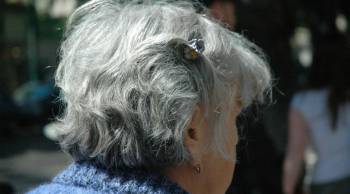