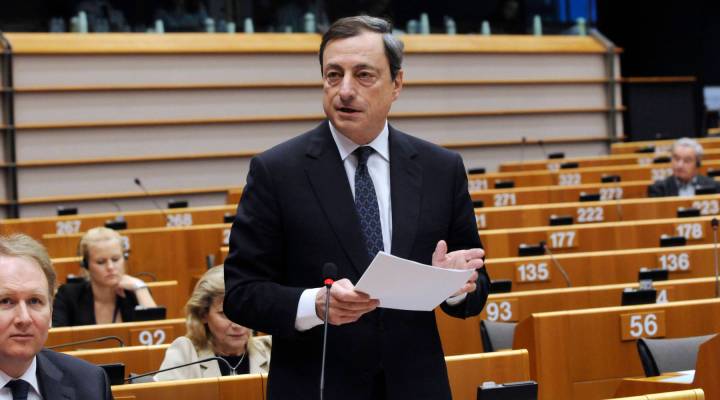 The Labor Department said this morning that more people applied for unemployment benefits last week. The number jumped above 400,000 for the first time in three weeks. And of course, tomorrow we’ll get the big monthly employment report from the government, which will tell us how many jobs were created last month and what the new unemployment rate is.

France and Spain are offering some hope this morning that yesterday’s coordinated action by central banks to ease credit  is working. Both countries saw their borrowing costs fall in big bond sales.

Today is World AIDS Day and President Obama is marking the occasion by announcing a $50 million boost in funding for AIDS treatment in the U.S.

The National Labor Relations Board did vote in favor of speeding up the process of unionizing businesses. A final vote is expected before the end of the year.

In Los Angeles, the airport has re-opened to flights this morning, after the strongest Santa Ana winds in years forced a ground stop and knocked out power there last night. Gusts of more than 80 miles per hour are still going on. It feels like a scene from the Wizard of Oz out there.

Remember the band Hanson? Here, let me refresh your memory. Well according to Rolling Stone magazine, the guys that brought us Mmmmbop are getting into the beer business. They’re launching an IPA sometime next year. It’ll be called — get this — MMMHop.

And in today’s Mid-day Extra, we find that the laugh track has returned to primetime.