Steve Chiotakis: The world’s biggest central banks — including the Federal Reserve and the European Central Bank — have announced a coordinated plan to ease the credit crunch, and make it easier for banks to get their hands on U.S. dollars when they need it.

Marketplace’s Heidi Moore is with us live to talk about it this morning. Hi Heidi.

Chiotakis: What concerns are these central banks responding to?

Moore: Well, you put it best — it’s a credit crunch. We are staring at another credit crunch straight in the face, and the source of it, of course, is European banks. They’re loaded down with the debt of troubled European countries like Italy and Greece. And they are dealing in euros, and the problem is the dollar is the currency that greases the world’s financial system.

So those banks need to borrow in dollars, but to do that, they have to trade euros — and nobody wants to buy euros, right? Because then you have all those Italy and Greece problems behind them. We don’t even know if the euro is going to survive. So the central banks are stepping in and saying: we’re going to make it easier for you to borrow dollars, and here’s how we’re going to do it.

Chiotakis: Liquidity injections, to be sure. What are we talking about when we throw out the word liquidity?

Moore: I know — it’s one of those dense, Wall Street words, but it actually has a really simple meaning. It means finding a buyer for every seller. So think about it like a machine that’s greased with oil — like your car. So, liquidity means that those gears can move — you have supply and demand, buyers and sellers trading.

And when liquidity dries up — just like when the oil dries up in your car — those gears don’t move as quickly, right? They start to gum up, and the gears don’t work, and you get a crunch. 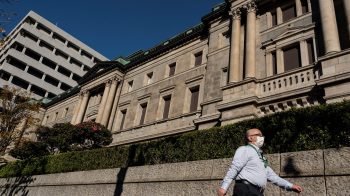