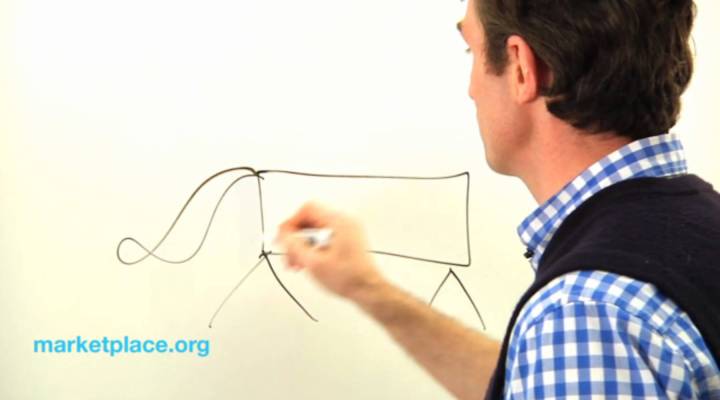 Right now Italy is solvent. Its bills are rising fast, but it can still pay them. If interest rates on Italian debt keep rising, however, it won’t be able to pay that interest and it will default. And Italy is simply too big to bail out.

So how to pull Italy back from the brink?

Ring-fencing is a fairly common technical term in finance. It’s what you do when you identify some money that you’re going to use for something specific in the future. In order to make sure that money isn’t spent in any other way, you ring fence it. Its a bit like four brothers who save up $500 to buy an XBox in the New Year sales. They put the money in an envelope and give it to their Mom. That way they know none of them can use the cash between now and New Year to buy gifts or candy or whatever. That’s ring-fencing: no-one can get in and get their hands on the money, and the money can’t “leak out.”

So how does that relate to Italy, for example? Well, Italy needs a fence around it, firstly to stop its problems from leaking out and doing any damage to the rest of Europe — or us, for that matter. And it needs the fence to protect it from interference — to quarantine it, if you like — so that people who know how to fix economies can get in under Italy’s hood and sort the place out.

Italy’s big problem is its rising cost of debt. Those costs are rising because investors are worried about Italy, so they’re demanding more and more yield on their investment in the country. They’re buying bonds in the secondary market at a deep discount, which is forcing up the price of any new bonds that Italy sells. So how can Italy stop its bonds from falling in the secondary market?

It needs to convince investors that all will be well, that it will reduce its costs and find ways to generate more revenue by making its businesses more productive. But investors are having a hard time believing anything Italy’s leaders say right now. Which is why Italy needs someone to step in and build a fence to block those bonds from falling. Someone needs to give investors a guarantee, perhaps a pledge to make good on every Italian bond. If investors know Italian bonds are a safe investment, they’ll stop demanding a deep discount, the price of those bonds will stop falling in the secondary market, and Italy won’t have to pay as much to issue new bonds. That will buy it the breathing room it needs to get into the guts of its economy, cut its government spending and make the regulatory reforms its private sector desperately needs.

But who’s going to erect that fence and make that guarantee? Italy can’t afford it; the U.S. won’t do it, and neither will China. The European Central Bank, perhaps? Or Germany? Right now, no one seems willing to step up, and that’s making investors very nervous indeed.