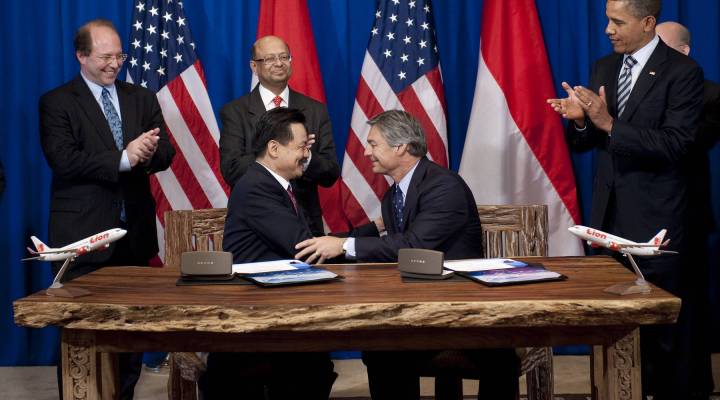 A man is suing Bank of America. According to the Tampa Tribune the man opened an account decades ago. And As of 2003, he had put about $59,000 into it. But when he checked his balance in 2005, the account only had $1400 in it. That’s because, he alleges, Bank of America mixed up his account with another man with the same name. What name? Konstantinos Alexopoulos.

The company whose sauce is made with 57 ingredients said today it’s missing something… Growth. Heinz said their profit fell by nearly 6 percent.

The clothing chain known as Gap saw its profit drop by more than a third last quarter.

Passengers last weekend sat for hours on the tarmac in Vienna, Austria. Not because of weather or mechanical problems. It was a standoff that erupted between the Comtel Airlines flight crew and more than 180 passengers. The crew wanted money for jet fuel to finish the last leg of the flight which originated in India, and was headed to Birmingham, England. After six hours, security guards escorted passengers off the plane to the terminal’s ATM machines, where they collected more than $31,000 to pay for the fuel. The airline and airport are investigating the incident.

And in today’s Mid-day Extra, we look at midnight movie madness, courtesy of Twilight.