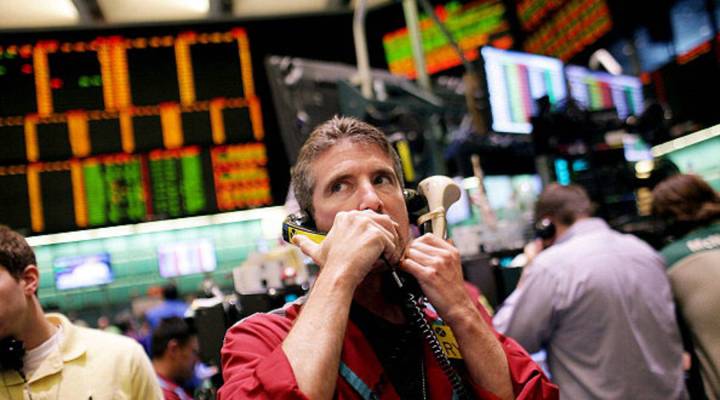 Traders work in the crude oil and natural gas options pit on the floor of the New York Mercantile Exchange on June 20, 2011 in New York City. Photo by Spencer Platt/Getty Images
Listen Now

Here’s an important number: 7. That’s how many days the Congressional super committee has left to come up with $1.2 trillion in deficit reduction. So far, no deal.

Tomorrow, President Obama will be in Darwin, Australia. And the local government leader, Paul Henderson, will have a gift for the President: an insurance policy, in case of a crocodile attack. Henderson told Sky TV, “We’ve got the crocodile insurance ready to go for Michelle and the kids — $50,000 if the president does get taken.” Henderson adds that he doesn’t expect the President will need to draw on the policy. Let’s hope not.

Wal-mart in Japan is planning on opening nearly two dozen stores in that country in the coming year.

A new survey over at CareerBuilder.com gives us a better idea of who’s in charge of companies. The poll found a majority of executives bring their lunches to work, drive SUVs and part their hair on the right. As for company parties, about a third of managers say they don’t like to drink at those events at all. Most drink wine or beer. But 3 percent say they take shots of liquor.

To a new proposal from the Justice Department’s deputy chief for computer crime. Richard Downing told Congress yesterday that he wants to make it a crime to disobey a website’s terms and conditions. That would mean you could be prosecuted for using fake profile information on Facebook or Match.com. I think some people would rather spend a night in jail than have to read those deadly terms and conditions.

Oil hit the $100 a barrel mark for the first time since July. Despite that, Americans are paying less for things like gasoline and cars.

The government says the nation’s Consumer Price Index was down slightly last month — 0.1 percent, the first drop since June.

And in today’s Mid-day Extra, we ask why one program in Chicago is teaching business and finance — to preschoolers.