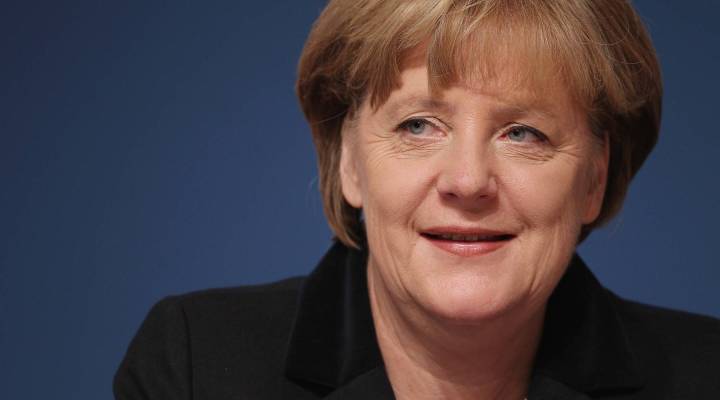 Merkel: To get through crisis, more Europe needed

Merkel: To get through crisis, more Europe needed

VANEK-SMITH: Julia, what do you make of Merkel’s remarks, what is the situation in Europe right now?

CORONADO: Well, I think that Mrs. Merkel summed it up pretty well she said to get through this crisis, what we need is more Europe.

VANEK SMITH: What does that mean, more Europe?

CORONADO: Well, so Europe has had a unified monetary policy, but they haven’t had a fiscal policy that’s unified. So what’s going to have to happen is each country is going to have less say over taxes and spending, they’re going to have to accept a set of more unified standards and lose a bit of national control.

VANEK-SMITH: Does that look more like the United States?

CORONADO: In fact, that looks a lot like the United States, where the states all have to pay federal taxes, and then there’s an authority that overreaches everybody, and yet the states have some independence at the same time, so I think that’s exactly the direction they need to go in to get through this.

VANEK-SMITH: What does that mean for Europe in the short term?

CORONADO: In the short term, it means a lot of pain. So that’s why in some senses they need to give up democracy in the near term in Italy, because painful cuts need to be made, it’s going to be tough on the economies, the European economy is indeed going into a recession, so it’s going to hurt in the short term in order to survive in the long term.