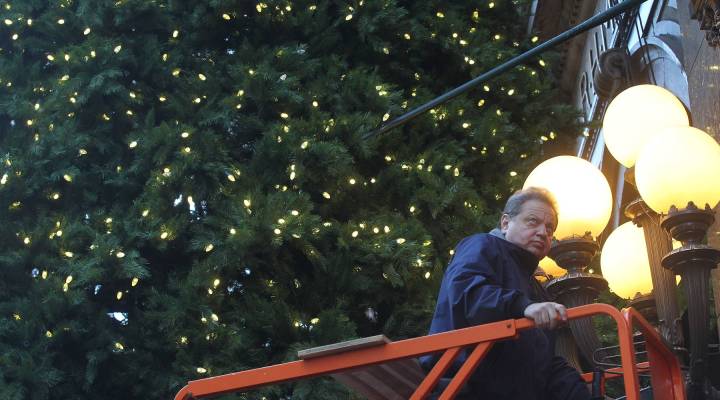 Is the Macy’s tree a portent of economic doom?

Is the Macy’s tree a portent of economic doom?

Our pulse took a bit of a jolt today, when we heard Macy’s Atlanta Christmas tree has broken in two. That could be bad news for the economy. Macy’s has put a Christmas tree on the roof of its Atlanta store every year for the past 63 years. But this year — disaster! The tree broke in two!

Usually I wouldn’t pay any attention to a story like this, but a report in the Daily Mail noted the last time the tree snapped was in 2004, which I remembered was a bumper year for growth in the U.S.

I wondered, how did the country perform after that date? Could a snapping Christmas tree be a harbinger of economic growth –  or slump?

A quick search revealed that the U.S. grew 4.4 percent in 2004, the fastest since 1999. And that year was the peak of growth for the country during the boom years. After 2004, it was a long, slow decline for America, with shrinking GDP rates for the next five years.

Now I don’t believe in portents or omens, but hey, I’m just saying, snapping Christmas trees look like they could be bad for the economy. This could, of course, be an isolated incident, so it’s all eyes on 30 Rock this year. The tree goes up on Wednesday, November 30.