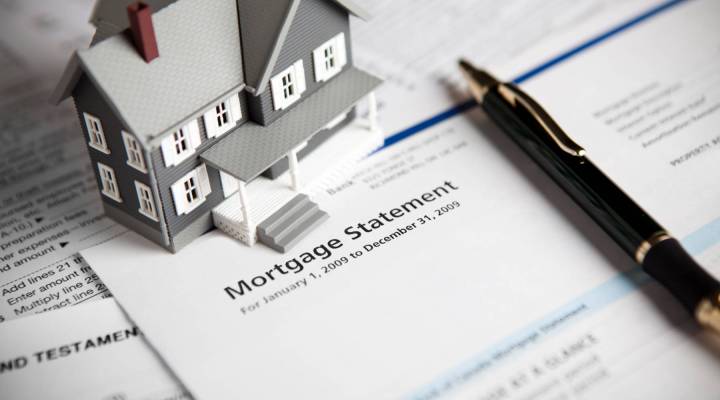 Should the mortgage-interest tax deduction be cut?

Should the mortgage-interest tax deduction be cut?

Tess Vigeland: Now we turn to the Times’ wealth columnist Paul Sullivan to talk about the oldest and largest federal tax deduction — one that for many home owners helps represent “the American Dream.” It’s the mortgage-interest deduction and it is on the chopping block once again. Hi Paul.

Paul Sullivan: Hi Tess. Thanks for having me here.

Vigeland: Let’s start with just a brief explanation of what the mortgage-interest deduction is, for those who do not have one.

Sullivan: It’s a rebate, essentially, that the federal government gives you for not only owning a house, but owning a house and itemizing your taxes. So essentially, whatever interest you’re paying on that loan is tax-deductible based on your level of income. And it’s now become a real sacred cow, third rail, pick your political cliche. There’s a strong lobby to keep it going and a lot of people really love it.

Vigeland: Well, and as a home owner, I have to say I’d be part of that lobby.

Sullivan: Yeah, I’m a home owner, too. But you know, I have a sense of fairness. Look, I’m not gonna say, “Please take away my mortgage-interest deduction.” But I do see where we’re favoring home owners over renters. And more than that, we’re favoring home owners who itemize their tax deduction over people who just file it straight. And the reason is — and research has been done that says only about a quarter of all home owners benefit from this and lower-income people don’t benefit, for the most part, because they don’t itemize. Older home owners don’t benefit because, for the most part, many of them have paid off their mortgages. And the people who benefit the most are wealthier people in the highest tax bracket who have the largest homes. And a lot of economists question whether we’re incentivizing the right things anymore with the mortgage interest deduction.

Vigeland: Well, the argument that you hear is that this deduction helps to expand home ownership, that because of it people will buy homes who would not otherwise. What does the data say about whether that’s true?

Sullivan: It tells us that it’s not exactly true. What it seems to have done, over time, is it’s allowed people — instead of helping them buy that first home, which it has in some ways — but more often than not, it’s allowed people to buy a larger home than they would buy otherwise. Because they know they have this deduction coming. And you know, as economists kind of look at this and see it cycle through, they’ve seen that it’s inflated prices. It becomes what they call an “unproductive tax” because it ties up all this capital in a home. Because you’re a home owner, I’m a home owner — you don’t just pay your mortgage every month. You don’t just pay your taxes. Things break in a house. So you have an even bigger house than you would otherwise, you’re paying a lot more in expenses to keep that house running — and that’s money that could go to something else in the economy.

Vigeland: Well then, let’s talk about what would happen if this deduction were to be cut or eliminated altogether? What does the economy look like without a mortgage-interest tax deduction?

Sullivan: Yeah, well, first of all, nobody that I talked to would actually go on the record of saying, “Oh yes, we can see this deduction being eliminated.” And that’s because the real estate lobby is quite strong, and they’ve done surveys that show that people who are renters, who may never even own a home, still want this deduction in place out of a sense of fairness. They aspire to have it one day. But, the housing market’s already weak, the immediate thing that happens is that prices go down because this deduction has been factored in.

So what does this do? It really hurts people who own a house, because if they plan to sell it — until the market sorts itself out — they’re just gonna lose a tremendous amount of value in their home. The second thing that happens is even if they don’t sell it, their taxes are gonna go up. But there is a group who would benefit from this tremendously, and that’s people looking to buy a home. So they may not have that deduction, but the prices are gonna come down. The toughest part to predict in this whole debate is what would really happen if the deduction were cut. It’s just uncertain as to what would exactly happen.

Vigeland: Tough to answer, but didn’t stop me from asking you. Paul Sullivan is the Wealth Matters columnist for the New York Times. Thanks so much.