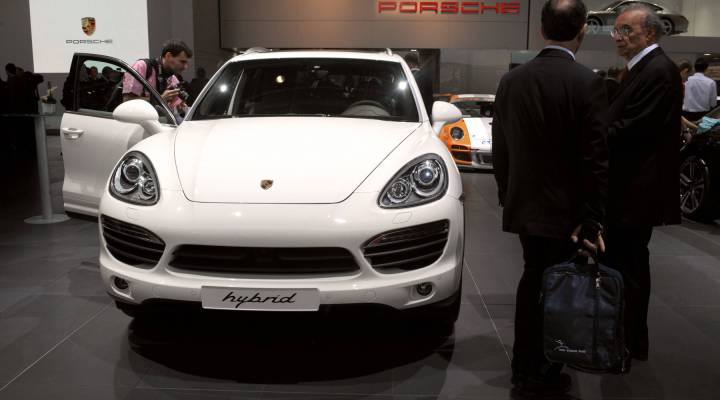 PODCAST: Italy could be the next Greece, an uneven Porsche proportion

PODCAST: Italy could be the next Greece, an uneven Porsche proportion

The ANSA news agency is quoting Premier Silvio Berlusconi as rejecting speculation that he will resign, telling aides that any such rumors are “without foundation.”

Barnes and Noble is making what it’s calling a very special announcement this morning. Analysts expect the company will launch a new version of its Nook e-reader to compete with the Kindle Fire — and, of course, the iPad.

You know what’s up? Warren Buffett’s appetite for investment. His company Berkshire Hathaway invested $24 billion last quarter as markets wobbled. That was the most in at least 15 years.

Dish Network says revenues were up 30 percent in the last quarter, while subscriptions were down.

Best Buy today said it’ll pay $1.3 billion to buy out its British partner in a mobile phone business. And it’s giving up on its plans to open superstores in Europe and Asia.

The latest $10 increase on airline fares appears to have been grounded. US Airways tried to bump up prices last week — but when no one else matched them, the idea was dropped.

Later today, we’ll get the latest reading on how much debt consumers are taking on. Apparently some of it is for clothes and shoes. The website called Bundle did a little analysis on shopaholics — and by shopaholics, they mean the people who buy the most clothing, shoes and other items we wear. The study looks at which U.S. cities are the biggest for those shoppers. Seattle ranked 8. Dallas at number 5. Nashville, Tennessee: 3rd. Who’s number one? Washington, DC., where the average resident spends $263 a month on wearable items. That of course means: look out for some sharp-dressed lobbyists.

You’ve heard of car companies teaming up with brands like Eddie Bauer or Gucci. Well today comes the launch of an unusual pairing. Jeep is launching the limited edition Wrangler: Call of Duty Modern Warfare 3, to coincide with the launch of the new video game of the same name. The new jeep will have call of duty logos on the seats…the dashboard and the front fenders. It’s being marketed as the toughest vehicle in the world: any world.

And in today’s Mid-day Extra, we look at a tiny town in Greece with a big Porsche problem.