BOB MOON: As we head into the season of giving, here’s a story about people trying to do social good by turning the nonprofit model on its head. There’s a new crop of social entrepreneurs, getting their MBAs and raising venture capital to create for-profit companies devoted to solving such problems as deforestation, disease and poverty. They’re idealistic and hard-nosed.

But, as Alex Goldmark reports, saving the world these days is an increasingly competitive business.

ALEX GOLDMARK: Jamie Jones is the director of the Social Enterprise Program at Northwestern’s Kellogg School. She says so many students are flocking to her program that enrollment in the business school’s main social enterprise class has tripled, and she’s had to offer new courses to meet student demand.

JAMIE JONES: There’s a clear interest here to change here, and what you really see is the old model of people making their money, and waiting to the end of their lives to give it away is really not acceptable to this new generation.

Chicago native Yuanxia Ding belongs to that generation. She’s young and wants to make her social impact while working, not after. Ding started as management consultant. But it was a volunteer experience that gave her a taste of using those strategy skills for a good cause. At a bar with a group of like-minded graduate students, she’s explaining that “come to social enterprise moment” and why it motivated her to go to Wharton.

Since Ding arrived at Wharton, the social enterprise club there more than doubled to 300 students. Other schools report an even bigger surge.

ANDREW ZOLLI: I think if anything, we could be headed toward a social entrepreneurial bubble if we’re not in one already.

Andrew Zolli heads PopTech and evaluates hundreds of organizations for his social innovation fellowship and incubator. He says a host of hasty of start-ups are cluttering the sector now. And many of the aspiring world changers don’t understand the challenges.

ZOLLI: It’s not easier than traditional business. It’s harder. No one changes the world in a drive-by, no one tweets their way to climate change.

Zolli says relatively few social entrepreneurs will succeed. One company that has is d.light. Almost 2 billion people worldwide live without electricity. Mainly they use dangerous and dim kerosene lamps for light. So d.light has developed a line of safe and affordable substitutes.

NED TOZUN: This one is our newest product, it’s called the d.Light S1.

That’s co-founder Ned Tozun. After the design breakthrough at Stanford business school, Tozun and a partner raised venture capital and moved to India and China to be closer to their clients and suppliers. He says that legwork is what helped them to sell more than a million lights in 40 countries.

TOZUN: It’s a huge market. There are other companies now that are starting to come up with other solar lighting products, but the reality is our main competitor is kerosene.

So what about that social enterprise bubble that Zolli predicts? d.light’s investors aren’t worried. Raj Kundra of the Acumen Fund has seeded dozens of social start-ups and he welcomes competition.

RAJ KUNDRA: We’re not at all scared or concerned about that. We think that multiple participants trying to solve a problem will lead to more innovation.

Even if it means a lesson in failure for many of those aspiring world changers. 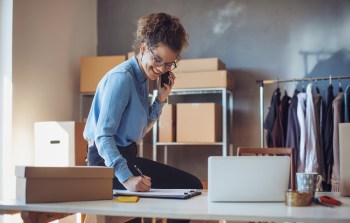 How some entrepreneurs weathered the pandemic