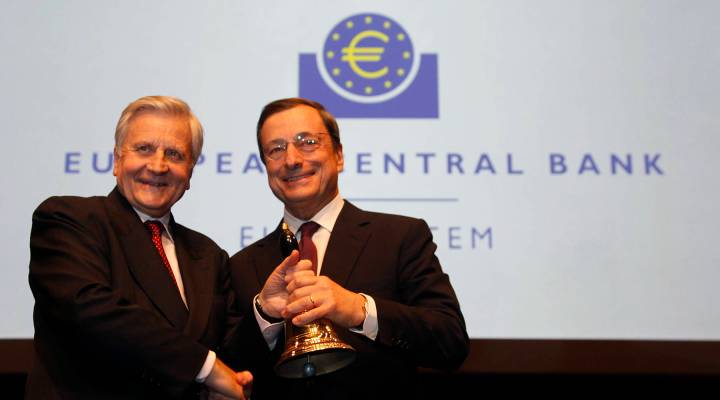 Leaders from the Group of 20 leading economies are meeting today in France. All eyes are watching debt-soaked Greece and that country’s planned bailout referendum. That, the Associated Press reports, is now is question.

The European Central Bank cut interest rates by 0.25 percent today as the summit of the group of 20 leading economies gets fully underway.

France’s biggest bank, BNP Paribas, said today its earnings were off by 72 percent. But that’s because of a big write down of Greek, Italian and Spanish
sovereign debt exposure in the third quarter.

The big drug company GlaxoSmithKline is going to pay the U.S. government $3 billion to settle complaints that the company illegally marketed some drugs and overcharging Medicaid.

Fewer people sought jobless benefits last week. The number was down by 9,000, which is an encouraging sign for the job market.

Amazon.com’s got a new digital book lending library available to Amazon Prime members with Kindle e-readers. The program will start out with only 5,000 titles. With only one check-out at a time once a month for $79 a year. Which leads me to one important question: where’s the public library again?

CBS is out with earnings today and amazingly, the network is still dealing with at least one financial issue from 2004. Remember the Janet Jackson wardrobe malfunction from the Super Bowl? An appeals court just ruled that CBS should not have to pay a half a million dollar fine for that. 7 years later. Well I guess we can close the book on that one. What’s that? Oh, still gotta wait for the Supreme Court.

And in today’s Mid-day Extra, we learn why Banana Republic is now selling… wine?