Kai Ryssdal: Letters this week begins where a lot of the news has begun — Greece, Europe and the debts thereof.

At the moment, the eurozone’s still intact, and Greece hasn’t actually defaulted, but my interview the other day about Greek Prime Minister George Papandreou calling a referendum on the bailout rubbed Duane Voth from Austin, Texas, the wrong way. No matter what the markets think, Mr. Voth says — and they didn’t think much of the referendum idea — Papandreou got it right.

Duane Voth: Giving a choice, even if both choices are bad, allows people a chance to think over and buy into a decision. People fight when they’re given no choice. Papandreou is doing the humane thing. He’s reducing the violence in the streets.

There was that crazy storm in the Northeast this past weekend, followed by more than the usual number of power outages. Tom Stokes of Chandler, Ariz., heard our story and maintains there has to be a better way.

Tom Stokes: Isn’t it time we take power distribution lines from above our heads where they pose obvious safety and reliability problems, and put them underground? Couldn’t this be one of the economy-boosting “infrastructure projects”? My wife and I lived in Holland for four years, where most power lines are underground. We never had a power interruption despite many snowstorms and a record-setting wind storm.

Send us your thoughts and observations. 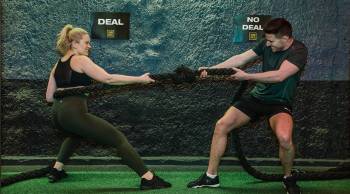