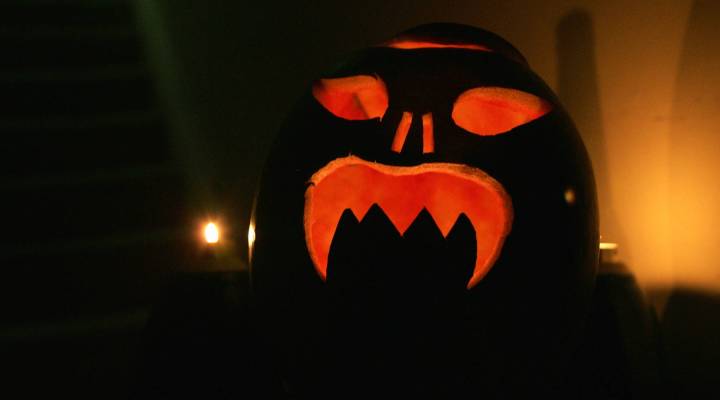 PODCAST: No help guaranteed for Europe, the year’s most popular costumes

PODCAST: No help guaranteed for Europe, the year’s most popular costumes

President Barack Obama wants the Food and Drug Administration to take steps to reduce drug shortages, an escalating problem that has placed patients at risk and raised the possibility of price gouging.

Japan’s central bank said today if it’s going to help Europe with its debt problem, Europe first has to help itself. The rescue package Europe put together last week is relying on foreign help — a lot of it Japan and China.

Well there are still millions without power in the Northeast this morning, after that Octsnowber storm that hit over the weekend. Passengers on a JetBlue plane were stranded on a tarmac in Hartford, Conn. for 7 hours. Many flights to New York’s airports were diverted to Hartford, overwhelming the airport’s infrastructure.

The troubled securities firm MF Global is reportedly in a desperate hunt for a buyer this morning. The company, which is run by former New Jersey Senator and Governor Jon Corzine, saw its stock price and credit rating collapse last week, thanks to heavy bets on European debt.

To a pizza dispute in Lake City, Florida. Back on October 20th, a Papa John’s there was destroyed in a Fire. And police are charging two men — who happen to be the managers of the local Domino’s. According to officials, one of the men said he thought with the Papa John’s out of the way as competition — more pizza lovers would flock to Dominos.

Haute cuisine meet hunters and gatherers. In Berlin, there’s a new restaurant called Savage that serves only foods our cave-dwelling ancestors would’ve enjoyed. The so-called Paleolithic menu includes organic, unprocessed fruits and vegetables that don’t use sugar, bread or cheese. There is meat on the menu. But sorry — no Brontosaurus Burgers.

And in today’s Mid-day Extra, we talk to a few store owners about what Halloween costumes were top sellers this year.