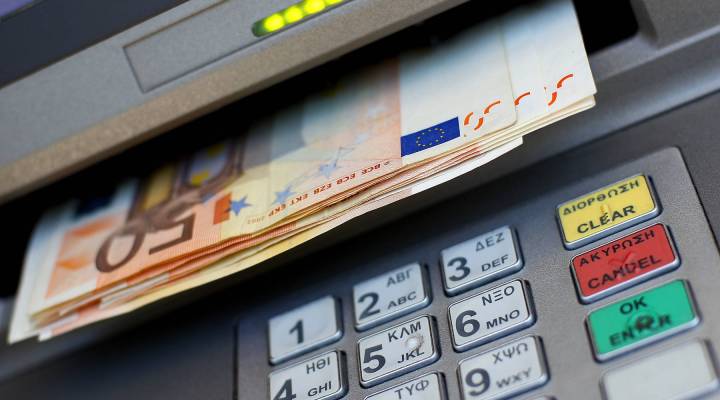 Euro notes are pictured coming out of an ATM machine in Athens, Greece. Vladimir Rys/Getty Images

A debt deal was reached in Europe yesterday, but the problems are far from over.

Today, a European official spoke to Chinese leaders about getting funding for their plan, while here in the U.S., Republicans and Democrats continue to clash in super committee debates over the best way to slash the budget.

Whirlpool will cut 5,000 jobs — as it faces soft demand for refrigerators and washers. The cuts are mostly in North America and Europe. At the same time, Whirlpool says its third-quarter net income more than doubled to $177 million.

Americans dug deeper into their savings last month to propel consumer spending — at the same time gains in wages were weak.