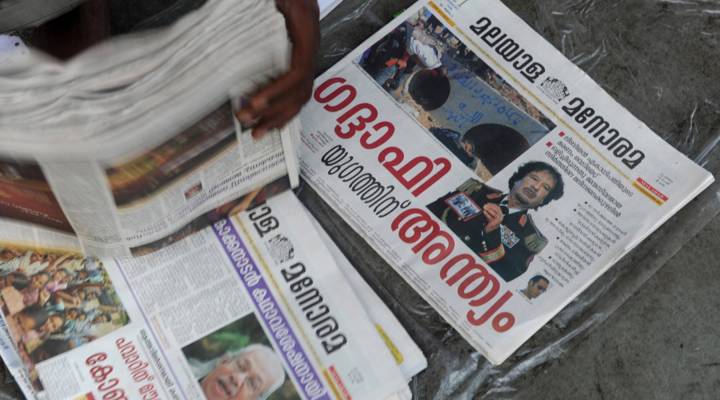 Reports are out this morning that the former Libyan dictator Muammar Gaddafi has been captured and killed. What could this mean for the troubled economy of that country going forward?

The Senate is reviewing the practice of 30-year fixed-rate mortgages; it could also soon start offering visas to foreigners who spend enough money on buying a home in the U.S.

In response to the claims by Occupy Wall Street protesters that America’s middle class is being forgotten, we speak with Chris Farrell about what countries might be getting it right.

AT&T ‘s quarterly revenue fell short of estimates, as wireless customers spent less than expected in the quarter ahead of the latest Apple’s iPhone launch.

Discount carrier Southwest Airlines reported a third-quarter loss as it had write-downs in its fuel hedge program.

And in today’s Mid-day Extra, we look at the influence of Venezuelan baseball players in the World Series — and how we could soon see less of them playing the U.S.