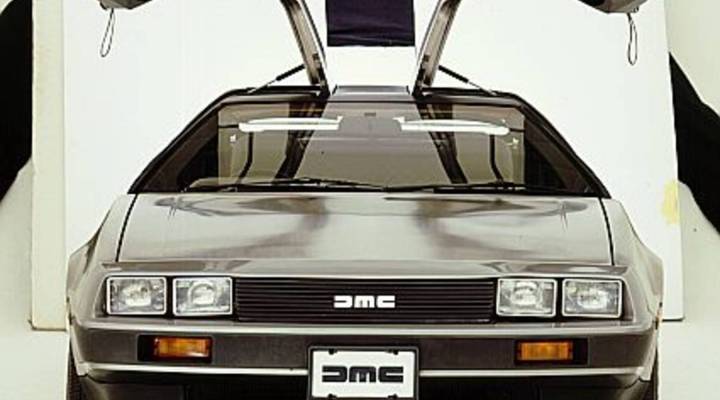 I grew up with DeLorean. Literally. Not just because I saw “Back to the Future” numerous times, but I also lived around the corner from the DeLorean manufacturing plant in Dunmurry, Northern Ireland.

DeLorean went out of business in 1982, and put a lot of local men and women out of work. So news that the people who bought the DeLorean name want to release a new version of the car — as an electric vehicle, no less — is making the Marketplace Daily Pulse beat a little stronger today.

If DMC lives up to its promise and starts making more of the distinctive gullwing cars, it probably won’t be doing so in Northern Ireland, unfortunately. The DeLorean Motor Company name was bought by a Texas entrepreneur, Stephen Wynne, and the company is now based in Houston. There’s no news on where the new manufacturing facility might be, but the Dunmurry plant failure might provide a lesson for Wynne and company — in how to not run things. Workers at the defunct plant were keen, but utterly inexperienced, which meant that first iterations of the cars were rattle traps that constantly needed repair.

The car’s engineering issues may have been what made it attractive to the eccentric scientist Dr. Emmett L. Brown, a fictional character in “Back to the Future” who made the DeLorean into a time machine. But the publicity boost came way too late. By the time the film hit the big screens in 1985, DeLorean had already failed and folded.

The movie seems prescient now, even if the car seemed a bit dated in 1985. At the end of the film, Brown takes a trip in his time machine and returns to the present. Only this time the car has a new fixture: The Mr. Fusion Home Energy Reactor, which converts household waste to power, eerily similar to the biofuel engines that exist today. The movie may have given the folks at the new DMC inspiration to turn the car into an electric vehicle, too. During the movie’s climax, the characters find themselves stuck in the past after the time machine breaks down. The only way they can restart the car and return to the present is to harness the charge from a lightning strike. In other words, the DeLorean in “Back to the Future” is transformed into an electric vehicle, and the world is saved. 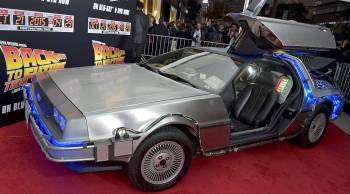 The DeLorean is back for future production