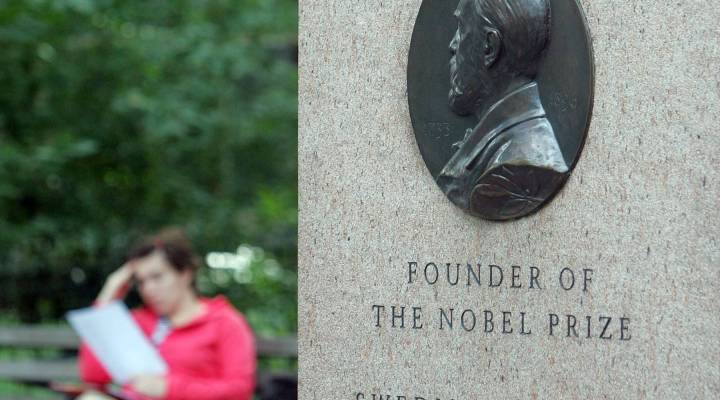 Kai Ryssdal: This was a banner day for two American economists. Thomas Sargent of New York University and Christopher Sims of Princeton were awarded the Nobel Prize in the dismal science today for giving us ways to answer this question: How do you know what economic policies are going do to the economy? What effect do things like deficit spending and interest rates and tax cuts actually have?

The answer is at times technical — as economics tends to be — and at once very human. Marketplace’s Stacey Vanek Smith has more.

Chris Christopher is a senior economist at IHS Global Insight. He uses Sims’ statistical models all the time.

Chris Christopher: If we’re going to propose a policy, what will be the effect of that policy? And these two gentlemen offered techniques by which you can study these things.

At a press conference at Princeton University today, Sims says statistics and data from the past are critical to helping us:

His colleague Thomas Sargent has gained notoriety for his work on the rational expectations theory. Sargent explains it this way:

Thomas Sargent: It’s an assumption that people basically understand what’s going on and you can’t fool them.

In other words, people are rational and react predictably to economic policies.

Lawrence White is an economist at the NYU Stern School of Business and a colleague of Thomas Sargent’s. He says, for instance, if the government runs up a big deficit, you and I might spend less.

Lawrence White: Participants in the economy anticipate that they are going to be taxed in the future to pay back the debt, and this causes them to save more today.

White says you can see the theory at work in the way the Federal Reserve has reacted to the down economy, making a lot of noise about how its going to keep interest rates low for years.

White: Which ought to reassure current participants that they can borrow, they can invest, they can expand their businesses.

At least in theory.

The two Nobel Winners are teaching a class together at Princeton, but they don’t always agree. Thomas Sargent says he and Sims often vet each others’ papers, and the critiques can be rigorous.

Sargent: I have a large set of his comments on my papers, and they start like this: ‘This paper is deeply flawed.’