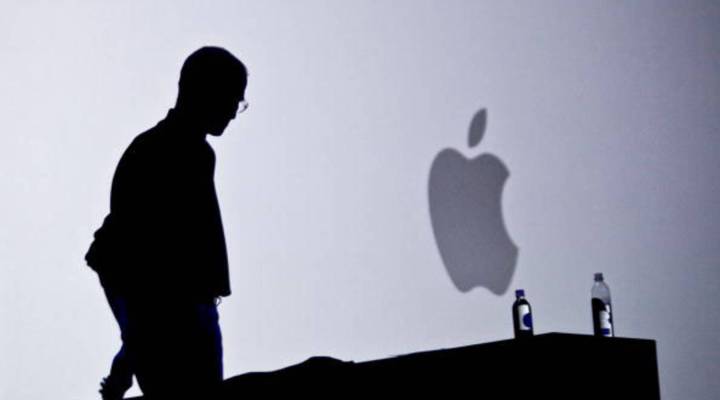 PODCAST: The loss of Steve Jobs, the future of American jobs

PODCAST: The loss of Steve Jobs, the future of American jobs

All this morning, we focus on the legacy of Steve Jobs. Outside of Apple stores all around the world — from Shanghai to London to Bethesda, Md. — Apple customers and Steve Jobs fans have been paying homage to the man behind the brand.

The Labor Department just reported that the number of people applying for unemployment benefits rose a bit last week. It’s now back up above 400,000.

In about an hour, President Obama will hold a news conference about his $447 billion jobs creation package — which has met a lot of resistance in Congress.

The Financial Times says Europe’s top banking regulator is reexamining the strength of the big banks there.

Meanwhile, German Chancellor Angela Merkel said that Europe’s rescue fund will only be used as a last resort to save banks.

In Alaska, the economy gets a bump this time every year from a permanent dividend. And Marketplace’s own Paddy Hirsch explains what exactly it means when companies hoard their cash.