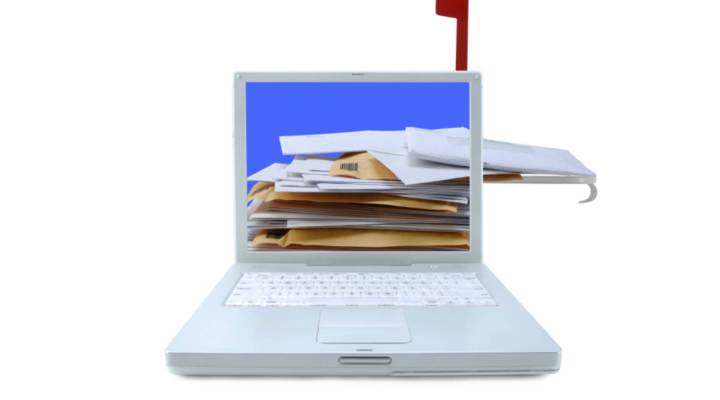 Tess Vigeland: And now let’s reach into the mailbag and see what you have to say about our fair show. Joining me is John Buckley, who’s been filling in as our producer. Hi John.

Vigeland: I don’t know if our listeners will sense a trend — ut having a foreign accent is not a requirement to be our show producer, I swear.

Buckley: Tess, what can you mean?

Vigeland: Well, Deb Clark is a Brit, Paddy Hirsch is from Ireland… And now we have you.

Buckley: Well now you’ve spotted me. I think I’m going to ask for a refund on all those accent reduction classes I’ve been taking. But I have held an American passport now for about 10 years. So let me kick off with a letter that concerns your recent conversation with my fellow American the blogger Matt Haughey and John Ulzheimer of SmartCredit.com. They’d been having a debate about the validity and worth of credit scores. Matt had written a blog voicing his frustration and John was defending the validity of the FICO score.

Vigeland: I’m imagining we got a lot of people siding with Matt.

Buckley: We did. Tracey Ewing from Indianapolis, Ind. wrote in. She said that she’s in the best financial shape she’s ever been. Yet because her available credit is smaller that what is recommended, her credit score is 100 points lower than — as she puts it — when she couldn’t afford to eat anything more than ramen noodles and canned tuna.

And here’s how Ms. Drew Baker from Troy, Mich. summed it up:

Drew Baker: Why is the FICO score such a secret? It’s wrong, especially when so much of our lives are tied to it: Home-buying, refinancing, getting certain jobs. We can’t get the information, but it’s our information. Correcting erroneous is nearly impossible. To quote Matt, it’s like a part-time job.

Vigeland: Good point. All right, what else do we have in the mail bag?

Buckley: Well, a few weeks ago the big news was the Federal Reserve pushing down long-term interest rates, a move they called “Operation Twist.”

Buckley: Tess, you don’t want to see me dance.

Buckley: Nancy Marshall Genzer, our reporter, talked to you about it, and she said that the move might not have the impact hoped for because people aren’t spending money; consumer consumption is still down.

Vigeland: That’s right. If I remember correctly, she told me to go shopping. And I said OK, I would, but I promised — of course — not to put it on plastic.

Buckley: That’s right, which Robert Stern from Phoenix, Ariz. to get stern with you.

Robert Stern: A credit card is no better or worse than the person using it. It’s a tool, it can be misused, but that doesn’t mean the tool itself is bad. Think “chain saw.” For most folks, it isn’t the credit card that’s the problem. You know the Pogo quote, “We have met the enemy and he is us.”

Buckley: And every Marketplace Money listener knows to listen to the end of each broadcast, because that’s when you award your weekly Piggy award. Linnea Linton from Arden, N.C. wrote in. She’s not looking for her own prize, because listening to the show recently was a reward in and of itself.

Linnea Linton: Thank you, Marketplace Money! While we were listening to your show, my four-year-old son actually fell asleep. So I learned a lot and he got a much-needed nap, something I haven’t gotten him to do in about a year! With greatest appreciations.

Vigeland:: OK, a four-year-old is the only that I will say, “OK, it’s alright if they fell asleep during the show.” I hope nobody else does. Alright John, thank so much for your help. Appreciate it.