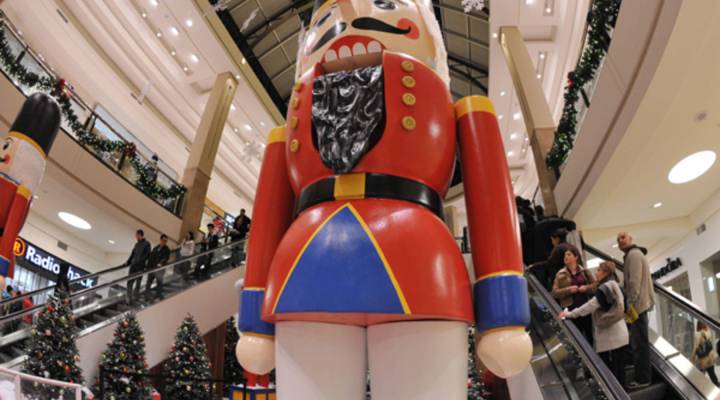 Hiring up for the holidays

Hiring up for the holidays

The department store Kohl’s is hiring 40,000 seasonal workers for the holidays. That’s up five percent from last year. Macy’s, JC Penney and Meijer are also planning to hire more temporary workers than they did last year. The news that some retailers are bullish on holiday shopping is making the Marketplace Daily Pulse beat a bit more strongly today.

Macy’s says it plans to hire 78,000 seasonal workers, up four percent from last year. J.C. Penney plans to bring on 37,000 seasonal staff nationwide, compared with 30,000 last year. Toys ‘R Us is looking to hire an additional 40,000 employees, about the same as in 2010, and Target says it’ll hire more people than it did last year. Meijer hasn’t released details of its staffing plans yet, but spokesman Frank Guglielmi told The Detroit News his company is expecting plenty of customers, and is hiring staff to make sure those customers are happy.

The news that Kohl’s and other such stores are expecting a relatively healthy holiday runs counter to the trend forecast by job placement firm Challenger, Gray & Christmas. Challenger predicted last month that seasonal hiring would be flat or even lower than last year. A total of 627,600 retail workers were added from October through December in 2010.

Some retailers are ratcheting back because of the poor economy. Small companies say they’ll hire less, as do firms that have been damaged by shoppers reluctance to splash out during the last year. Best Buy said it plans to hire 15,000 people for the holidays, but that’s down by about half from 2010.