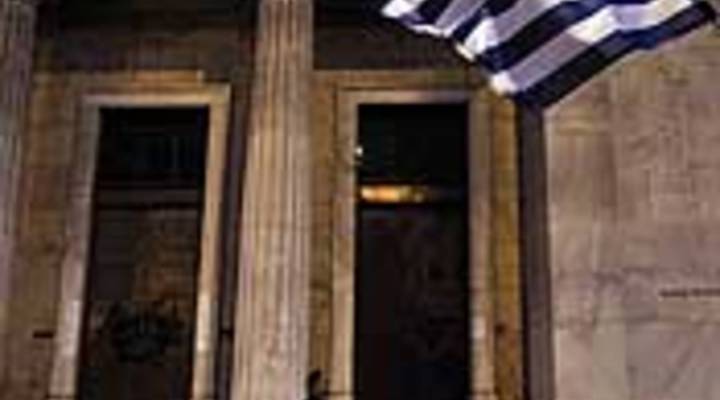 The Greek government today announced a proposal to cut 30,000 state workers. That’s just a day after the country’s finance minister said Greece will not meet its deficit target this year — part of Europe’s demand in order to loan the country billions of dollars to avoid default.

The TV show “Arrested Development” is coming back. If you’re unfamiliar: it’s a Fox show about a mixed-up family, a failed real estate development company, and a frozen banana stand. Critics loved it, the show had adoring fans — but ratings were only so, so. It was canceled after 3 seasons. Now, the show’s creator says they’re planning to shoot 10-or-so new shows, leading up to a movie.

Bookseller Barnes and Nobel has purchased the customer list from the now-closed Borders. That means Barnes and Nobel will also have access to the purchasing history of Borders customers. Think it’s kind of creepy? You have until the end of the month to opt out.

The Kennel Club in the U.K. has suspended plans to test show dogs for banned substances. And we’re not talking puppy steroids here. At issue: grooming products — like hairspray — it’s all about the shine people. According to the Telegraph, at a recent show, every dog the Kennel Club tested was positive. So the club has backed off for the time being. One opponent of the ban told the paper, limiting hair spray at dog shows is like asking Miss World to go in without her make-up on.