Bank of America to charge for debit card use

Bank of America to charge for debit card use

Kai Ryssdal: One can almost pity Bank of America this Friday afternoon. “Almost” being the operative phrase there.

Not only did the website for the biggest bank in the country crash for a couple of hours today, but B of A’s getting beat up real bad over that $5-a-month debit card fee thing it announced yesterday. That’s not $5 a month to use the ATM, either. That’s $5 a month if you use your B of A debit card to make a purchase, even for a lousy cup of coffee and a doughnut.

Like I said, you can almost feel sorry for B of A.

So we sent Marketplace’s Sarah Gardner off to find out why they did it.

Ed Mierzwinski: No one was expecting them to come out with a $5-a-month fee to use your own money.

Bank of America’s debit card fee doesn’t start until next year but it’s already angered consumers who haven’t forgotten they helped bail out the bank as taxpayers. But analysts say bank revenues are under pressure, so expect B of A’s rivals to impose the same kind of fees. New federal restrictions on overdraft and card charges will cost the industry billions.

Ken Clayton: And so when the government came in and basically capped the amount of revenue they could get, banks had to figure out if they want to keep offering consumers products, how do they do that?

Banks aren’t just feeling pressure from the feds. It’s the anemic economy too.

Bert Ely: Deposit interest rates really can’t go much lower and yet the amount of interest that banks are earning on their loans and securities has been declining, so they’re getting squeezed.

B of A’s nearly 39 million debit card holders do have options: Switch to a smaller bank or credit union, or just start putting all their purchases on a credit card.

A ha, says analyst Bart Narter: B of A might love you “migrating” your everyday purchases to your credit card.

Bart Narter: And then of course they’ll hope you migrate it to a Bank of America credit card.

Where, Narter says, the bank stands to make more money in fees and interest in the long run. 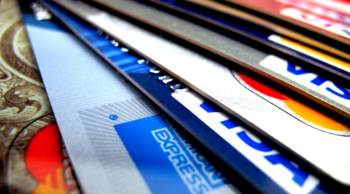