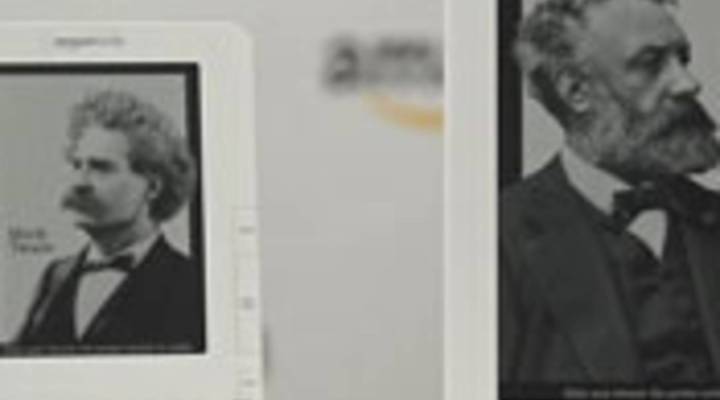 Amazon unveiled its new Kindle Fire tablet this morning, just a few days before a big Apple announcement is expected.

Individual privacy in a fast-moving, electronic world continues to be an issue, everywhere from OnStar to Apple.

Just as the middle income level of the American populace continues to suffer, so too does the retail market. While luxury and discount companies are doing well, those in the middle are getting squeezed.

The head of the European Commission made a big speech in Brussels today, calling for a stronger central government in Europe.

To the CBS show “Two and a Half Men,” which scored huge ratings when it debuted its new season last week with a new star — Ashton Kutcher replaced Charlie Sheen. Well, Kutcher is already in a bit of trouble. In the first episode, he uses a laptop and on the back of the laptop are a bunch of stickers — logos for various Internet companies. Foursquare, Chegg, Groupme, Hipmunk, and Flipboard. Well it turns out that Kutcher is an investor in all of those companies. So CBS is pulling the plug on the stickers. They’ll be obscured for all future episodes… but I sill have no idea what Flipboard is…