Kai Ryssdal: Analysts call it first-mover advantage. Consumers call it getting the cool new gadgets before everyone else.

But whatever you call it — Apple has it. First with the iPhone, then with the iPad — the past five years or so Apple has been able to take huge chunks of whatever mobile market it wants.

Which is why what was basically a public relations event in New York today was such a big deal. Amazon CEO Jeff Bezos pulled back the curtain on one of the most hotly anticipated gadgets of the season: the Kindle Fire. It’s billed as being more than just another e-reader and — Bezos fervently hopes — a worthy competitor to the aforementioned iPad.

Jeff Bezos: I also have to admit, I find this a little uncomfortably therapeutic.

It’s easy to understand why Bezos might crave a little mindless relaxation. The Kindle Fire is going up against the iPad in a competitive arena where other tablets have gone to die. Like the iPad, the Fire is mostly screen, and you operate it by touch. But the Fire is smaller — just seven and a half inches.

And something else is smaller too: the price.

Sarah Rotman Epps: You could buy four Kindle Fires for the price of one souped-up iPad.

That’s Sarah Rotman Epps, a tech analyst with Forrester Research. Epps says Amazon may be selling the Fire at a loss. That’s because the online retailer wants the Fire is to function mainly as a virtual shopping cart.

Epps: Putting this device in consumer’s hands pretty much guarantees that they will be a serious Amazon spender.

Analysts predict sales of the Fire could top three million this year. The tablet ships on November 15th — in plenty of time for you know what. 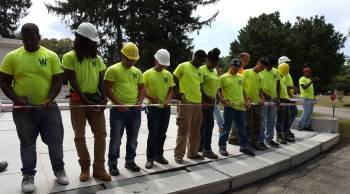 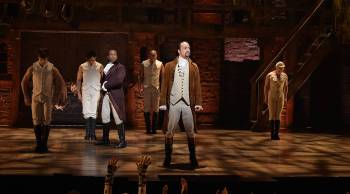