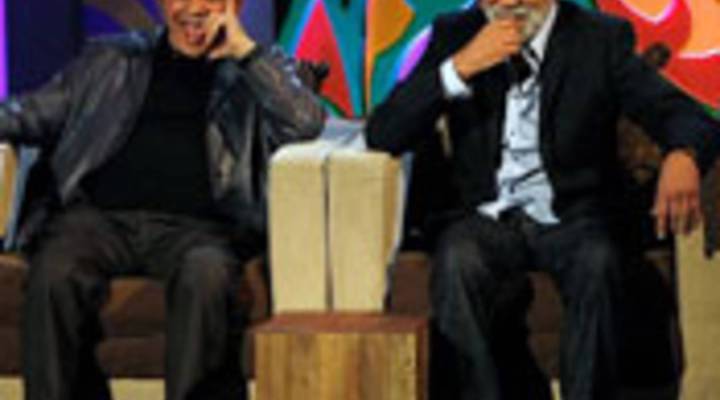 Greek Prime Minister George Papandreou visits Germany today to convince Germans that his country is worthy of another bailout. The pressure is on for German Chancellor Angela Merkel, who is caught between her duty to the eurozone and her people.

The Federal Housing Finance Agency will release a report today saying Freddie Mac should have gotten more out of the Bank of America than a $1.3 billion settlement.

And it’s not a very good moment for Eastman Kodak. The company’s stock is at its lowest level since the 1950s, amid concerns that Kodak doesn’t have enough cash to remake itself as a printer company.

Cheech and Chong have a new gig — selling brownies (not that kind of brownie). They’ve been hired by General Mills to star in a new marketing campaign for Fiber One 90 Calorie Brownies. The online video ad has Cheech and Chong lugging thousands of the brownies in the back of a beat up van — to a music festival called “Flaming Pole.” The slogan for the new ad campaign — delivered by Chong — is “Get High on Fiber.”

The days of state tax credits for MTV’s reality show, ‘Jersey Shore’, are over. A state agency just last week approved a $420,000 credit for tax year 2009 because the show is taped in New Jersey. But Governor Chris Christie pulled the plug on the Snooki subsidy — as it’s been called — saying the show perpetuates “misconceptions about the state and its citizens.”