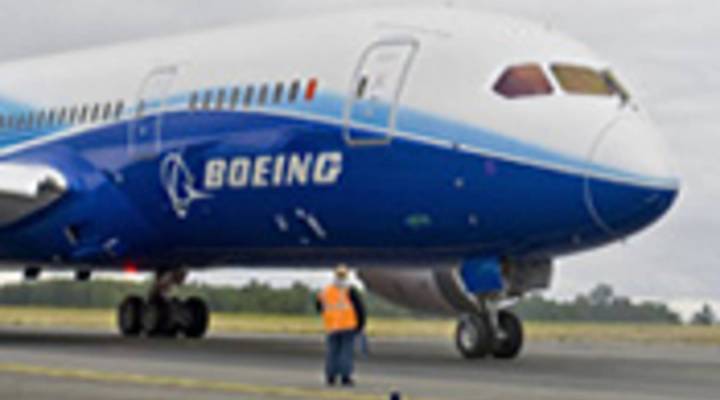 Thousands of workers will celebrate at Boeing’s huge factory outside Seattle today, as the company delivers its first 787 Dreamliner to Japan’s biggest airline.

The Senate will vote today on a short-term spending bill that’s supposed to keep the government running through mid-November. But so far, Republicans and Democrats have been unable to agree on the terms.

The CEO of the Swiss bank UBS has resigned, following the $2.3 billion loss at the bank from that so-called rogue trader.

The top movie at the box office here in the U.S. over the weekend was the 3D version of the 1994 movie “The Lion King.” It brought in $22 million — its second weekend at number one.

The economic turmoil in Europe is enough to raise anyone’s stress levels. Not least someone who is right smack dab in the middle of it. So perhaps it’s no surprise that over the weekend German Chancellor Angela Merkel announced she is being treated for high blood pressure. Lest you think the debt problems in Greece are responsible, though, Merkel says she’s had this problem for 20 years and has been getting good medical treatment to deal with it.