Tyco, Kraft and other companies trend towards splitting up

Tyco, Kraft and other companies trend towards splitting up

Jeremy Hobson: ConAgra also said it is dropping its $5 billion bid to buy Ralcorp, which makes Post cereals. It’s just the latest company to decide that now is maybe not the time to expand.

Let’s talk about that with our regular Tuesday analyst, Juli Niemann, who is with Smith, Moore and Company. She’s with us live from St. Louis. Good morning, Juli.

Hobson: So why are companies like ConAgra deciding not to buy other companies right now? It seems like it would be a good time to get a discount?

Niemann: It would be, but a hostile takeover is very costly, and ConAgra just basically decided it’s not worth it.

Hobson: Well what about companies like the manufacturer Tyco which said that it’s splitting into three publicly traded companies. Or, like Netflix, which is sort of splitting up into two parts. What’s the advantage of splitting?

Niemann: Well, spin-offs — you can put those into three categories. You’ve got the really well-run companies like Tyco, Fortune company, ITT, Conoco-Phillips — all have very clear business lines that can stand alone and get better evaluation in the stock market.

Then you’ve got the category of “who let the dogs out” — and that’s Hewlett-Packard, Motorola, Fiat — Hewlett-Packard’s getting rid of their PC business, selling phones for Motorola, and Fiat, they’re separating cars and trucks. But those are bad businesses anyway you look at it.

And then the third category is, “what were they thinking?” Is somebody hopefully going to buy them? That’s Netflix, with the mail and the instant; Kraft, separating snacks and groceries; Sara Lee separating U.S. from international; Ralcorp separating generics from cereals. It just — you’re trying to figure out, “why in the world does it make any sense to do it?”

Hobson: Just to take this to the logical next step — is it better for a company to be small and nimble in this economy?

Niemann: Well for now, this cycle is going through this phase right now where you are going smaller. When a company’s fat with cash and can’t figure out any constructive way of using the money — oh say like, giving a big dividend to shareholders — you go out and do something stupid like buying a company at a big premium.

Now we’re in this shedding the weight, getting lean and mean. And history has shown, acquisitions don’t make any money; buying competitors never works. The only thing that does work is you’ve got an acquisition that’s a bold-on or a tuck-in. So a word of advice? If you announce a merger for your company, shareholders should take the money and run for the exit. 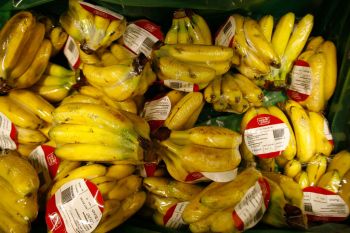 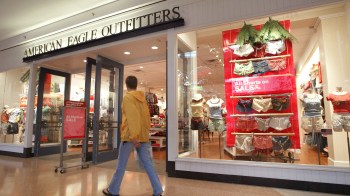