Jason Castillo, the person who apparently owns the @Qwikster Twitter handle, is trying to make some cash off the name. Qwikster is, of course, the new name for Netflix’s DVD system. Castillo picked up several thousand new followers after this was announced and is a motivated if somewhat disoriented seller.

Of course, he’s not all business:

I hate getting stug by bees. Careful of bee stigs. Anyway, as Business Insider points out, he should have taken that thousand bucks when he had a chance, even though it was probably from someone else trying to resell it to Netflix. For one thing, Twitter rules forbid buying and selling of handles. And now that this story is out there, Netflix probably doesn’t want it anyway, especially for a business that doesn’t matter much. 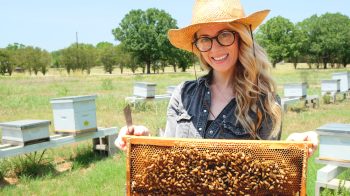 The buzz behind TikTok’s viral beekeeping and bee removal business