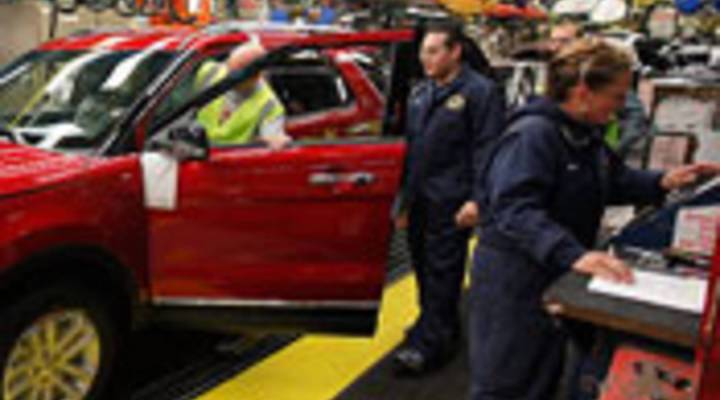 The midnight deadline for the United Auto Workers union to agree on new labor contracts with Ford, GM and Chrysler has been passed — with no deals yet. All sides have agreed to keep talking and extend the deadline.

Here in the U.S., more people filed for unemployment benefits last week, up 11,000 from the week before.

A Danish luxury company is marketing a new item for the elite: a limited edition, solid gold 18-karat cell phone that the company is selling for $57,400. It’ll call people, sure. But forget about playing angry birds — it doesn’t come with games, GPS or even e-mail. But hey — you can melt it down if you need money later on!

In Denver, a guy named Tom Martino has been a trusted source for consumer advice. He’s got a radio show and his own consulting firm, and he calls himself “the troubleshooter.” Well, now the “troubleshooter” is in a bit of trouble himself. He’s just filed for bankruptcy, after piling up about 78 million dollars worth of real estate debt. Apparently, being a consumer financial adviser is more lucrative than I thought. Anyway, Martino insists he’s still trustworthy on consumer issues. He tells the Denver business journal, “It is commercial real estate debt. Every bit of it. I have no consumer debt.”