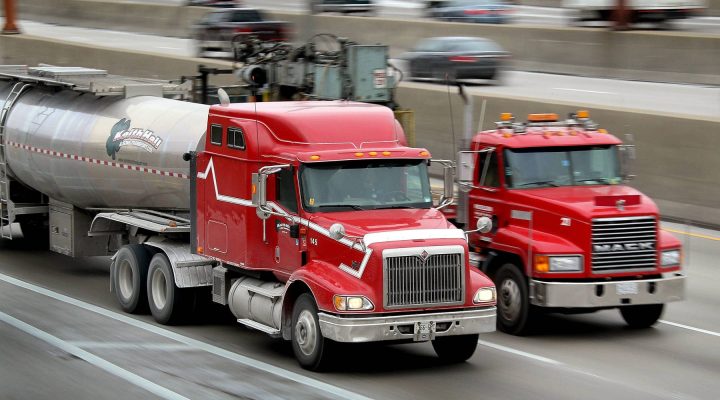 Truckers are buying less diesel fuel. A study by Ceridian and UCLA found that diesel fuel purchases fell in July and August, meaning there’s less stuff being trucked around the country. To us, that means less demand, which implies slower growth. So the Marketplace Daily Pulse is slow again today.

The Ceridian-UCLA study tracks sales of diesel fuel at 7000 truck stops around the country. Another research organization, Ecointersect, said the news that there’s less trucking activity bodes ill for the economy going forward.

The transport network in the USA is almost exclusively fueled by diesel – and diesel consumption makes a good proxy for forward economic activity (as transport occurs one to two months before consumption).

The index, which had been steadily rising since the end of the 2007-09 recession, fell in July and more sharply in August, reflecting the economy’s fresh weakness, msnbc reported.

While the news looks pretty bad, UCLA made an interesting and faintly cheerful comparison to the recession of 2001:

Based on the July and August data, the PCI will likely decline in the third quarter and suggests GDP growth of zero to 1.0 percent. While many may interpret this as evidence of an impending recession, we experienced similarly sluggish PCI and GDP growth in the aftermath of the 2001 recession, highlighted in the figure below with an ellipse. During that time, the economy didn’t really get moving until a wave of new home ownership rose.

Ed Leamer, chief economist for the PCI and director of the UCLA Anderson Forecast, told Fleet Owner that the data suggests manufacturing jobs are not going to come back. “As a result, what we’re experiencing is the ‘new normal,’ where the U.S. economy will continue to stumble forward until a new growth engine is identified,” he said.

The sluggish performance of the U.S. economy is in part a reflection of what’s occurring around the globe , Nelson Louie, global head of commodities in Credit Suisse’s Asset Management division explained in a research brief. He noted the mixed performance of commodities in August as market participants grew increasingly concerned about the extent of the global growth slowdown.”

The good news is the data does not yet indicate a recession – the bad news is that if the data is so bad you have to consider a recession is possible. Bottom line is that there really is no good news.

Or, as UCLA Anderson put it:

Best therefore to consider a slow-growth alternative to a recession — stumbling forward, waiting to get the energy to run again, but not falling down. This could go on for some time.