Kai Ryssdal: An economic boycott against Arizona that’s been going on for almost a year and a half is basically over. The protests were in response to the state’s tough anti-immigration legislation.

This weekend, several of the main groups involved declared victory, while at the same time admitting their campaign had hurt some of the workers it was meant to help.

James Garcia: The ending of the boycott is significant because it does help the economy when it needs help the most.

The National Council of La Raza was the main group behind the boycott. Spokeswoman Clarissa Martinez says, from the beginning, the organization was concerned about the impact on ordinary workers.

Clarissa Martinez: We consulted with groups on the ground because we know that boycotts are a blunt instrument.

Hispanic workers were willing to endure some economic pain for the sake of the cause. But just how successful was the boycott? Five states have enacted tough immigration laws similar to Arizona’s.

But Martinez says it could have been much worse.

Martinez: The anticipation in several quarters was that this was going to spread like wildfire. And in reality, what we have seen is over 26 states in the last two legislative sessions rejecting this kind of approach.

So far, Arizona’s immigration bill has been stuck in the courts. Hispanic advocates say that if the bill moves forward again, they will bring the boycott back. 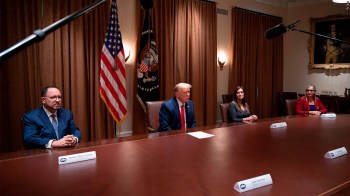